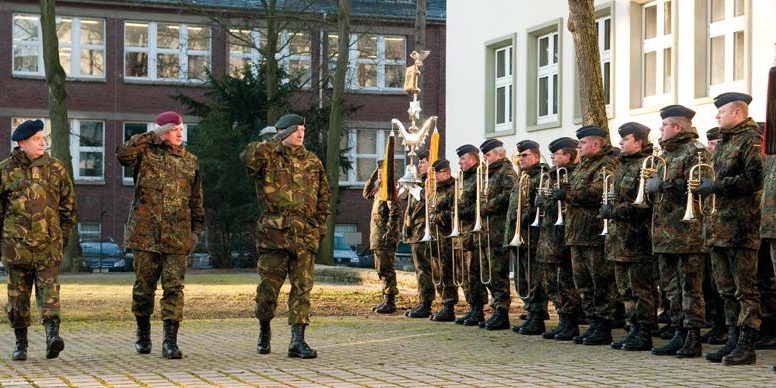 Beyond differences and geographical boundaries there is a common interest – how Jean Monnet characterised Europe’s diversity. While this view has become largely accepted
in economic terms, military cooperation and integration of EU Member States still have a long way to go. The challenges range from questions involving the competence of national parliaments, such as the Parliamentary Participation Act in Germany, to differences in public service law, to European cooperation in the armaments area and the interoperability of different European weapons systems. The latter in particular represents a key capability that will enable European forces to work together in the future and ultimately develop a common strategy and leadership philosophy. The aim is not to establish a parallel structure to NATO, but rather to promote Europe’s independence in security and defence policy, strengthen its alliance capability and secure Europe’s sovereignty.

Military integration – grounds for optimism
Against this background, the decisions on the Permanent Structured Cooperation (PESCO), the Coordinate Annual Review on Defence (CARD) mechanism and the European Defence Fund (EDF), as well as the envisaged Franco-German armaments cooperation for the Future Combat Air System (FCAS) and the Main Ground Combat System (MGCS), in my view offer grounds for optimism. Nevertheless, these ambitious projects also need the proper backing of financial resources and, above all, the necessary political will in order to be successful. The paramount importance of interoperability and military integration of European forces can be seen not least by the Eurofighter Interoperability Enhancement Programme between the German Air Force and the Royal Air Force. The accord for this was signed on 18 September of this year despite all the upheavals surrounding Brexit, and is intended to harmonise and intensify future projects of both air forces in conjunction with the Eurofighter.

German-Dutch cooperation – a pioneering role
With regard to military cooperation and integration, German- Dutch cooperation has assumed a pioneering role, both with regard to the common history of the two states as well as in terms of practical implementation. There are three fields of exemplary collaboration:
Common leadership structures: The foundation was laid in 1995 with the creation of the German-Dutch Army-Corps. In recent years, military cooperation between the two countries has been clearly pushed forward in the direction of genuine integration. Nowadays there are both Dutch units under German command and German units under Dutch command. This common leadership structure underlines the great trust and confidence between the two countries which, in view of their history, is anything but to be taken for granted.
Armament cooperation: The two states have also decided to cooperate in the digitisation of their land forces. This applies in particular to Mobile Tactical Communication (MoTaKo), which is one of the Bundeswehr’s high-priority procurement projects. Cooperation at this point would significantly improve the interoperability of both armed forces and close a capability gap on the German side that is often rightly criticised.
Workshare: German-Dutch cooperation is thus already addressing very important questions regarding future European cooperation. This includes, for example, moving away from the ineffective and economically inefficient approach of maintaining equal or parallel capabilities in the armies of EU Member States, towards an efficient, cross-force leveraging of respective special capabilities and expertise. But strengthening interoperability and significantly reducing the number of weapons systems used in Europe through increased cooperation in the area of armaments also constitute additional priorities. Thus, German-Dutch cooperation today in many respects offers a blueprint for how to move forward on the path of military integration on a pan-European basis.

A European Framework – key for success
It is clear that Europe will also have to play a more important role in security and defence policy in the future. Consequently, this also means that a robust security architecture will only be possible within a European framework. None of the individual European states today would be in a position to fully guarantee their own security – either in terms of having military capabilities or financing them. The statement made by German Finance Minister Olaf Scholz in a speech delivered in Paris on 29 August of this year, to the effect that he could envisage more mergers in the European arms industry, points in the right direction. The task before us now is to push ahead with the necessary political will to consolidate the security and defence industry in an effort to open up this sector and attain greater European autonomy. 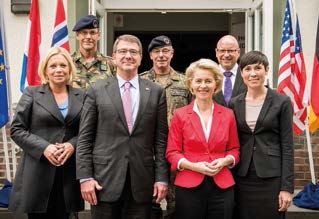 Wolfgang Hellmich MdB
is the Chairman of the Defence Committee of the German Bundestag since 2015. He is also a deputy member of the German subcommittee on disarmament, arms control and nonproliferation. He is a member, among others, of the NATO Parliamentary Assembly, the Interparliamentary Conference for the CFSP and CSDP and the Cyber Security Council in Germany. He has been a Member of Parliament since 2012. His prior roles have included Managing Director of the Social Democratic Party in Dortmund and Düsseldorf and Managing Director of a real estate corporation in Dortmund.