The JRC’s longstanding effort to support the EU CBRN programmes 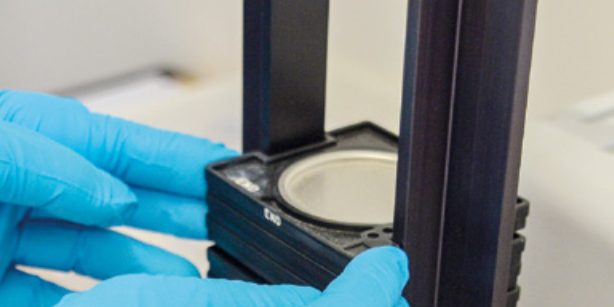 Established as a Joint Nuclear Research Centre by the Euratom Treaty, the European Commission’s Joint Research Centre (JRC) draws on 60 years of scientific experience and continually builds its expertise, sharing knowhow with EU Member States, the scientific community and international partners. With time, the JRC broadened its field of research to non-nuclear disciplines, which now represent around 75% of its activ-ities. Under its Euratom research and training programmes, the JRC currently dedicates an important part of its nuclear activities to nuclear safeguards and security. This includes research and support of the implementation of EU Chemical, Biological, Radiological and Nuclear (CBRN) safety and security programmes and comprises the technical implementation of the EU CBRN Centres of Excellence (CoE) Initiative.

Some history of current relevance

The JRC activities in nuclear security started in 1969 with the development of dedicated competences in the field of nuclear safeguards, supporting the implementation of the Euratom Safeguards system in Europe. This expertise became inter-nationally recognised, with the establishment in 1982 of the European Community Support Programme to the International Atomic Energy Agency (IAEA), led by the JRC. The knowledge was then used to support the implementation of other EU strategic programmes. After the 1986 Chernobyl accident and the collapse of the Soviet Union in 1989, serious concerns were raised about the safety of some nuclear power plants in Eastern Europe and the risks associated with the loss, theft or misuse of nuclear materials.

The 1992 G7 summit in Munich entrusted the EU with ad-dressing the relevant problems. The European Commission established the Technical Assistance to the Commonwealth of Independent States (TACIS) programme. The JRC played an important role in its technical implementation from 1992-2006. One of its projects focused on combatting the illicit traffick-ing of nuclear materials in partnership with the Institute for Nuclear Research in Kiev. Nuclear forensics competences had been developed in JRC Karlsruhe labs based on the experience gained from nuclear safeguards and from the cross-fertilisation between the various projects carried out on site, especially those related to fuel characterisations and performances.

During the end of the 1990s and beginning of the 2000s, a period of preparation for the enlargement of the EU to Eastern European countries, the European Commission launched sev-eral programmes to secure the future new borders of the EU. The JRC was given the opportunity to implement some nuclear security related projects. It also developed, together with the new EU States, dedicated response plans, also used for practi-cal exercises based on scenarios of illicit trafficking of nuclear materials. The Nuclear Security Response Plan developed by the JRC was later used by IAEA’s Nuclear Security Office to sup-port its Member States. Under the TACIS 2 programme (2001-2006), a dedicated budget was allocated to combat the illicit trafficking in the CIS countries. The most important project was the so-called Multi-Country Project to Combat Illicit Traffick-ing, involving seven different countries: Russian Federation, Kazakhstan, Ukraine, Georgia, Armenia, Moldavia and Belarus. Illicit movement of nuclear materials can happen at any border, even in non-nuclear states.

The role of the JRC within the CBRN CoE Initiative

Multi-country collaboration to efficiently fight illicit trafficking of nuclear material and radioactive material was therefore seen as the best approach to tackle the challenges. This regional ap-proach was central for launching the EU CBRN CoE initiative in 2010 under the Instrument for Stability (2007-2013), currently continued under the Instrument Contributing to Stability and Peace (2014-2020). This initiative allows the European Com-mission to extend its outreach activities to regions beyond CIS while at the same time expanding in a holistic way to radiolog-ical nuclear risks together with other risks related to chemical and biological materials.

The JRC was entrusted by DG DEVCO to establish a dedicated Task Force involving nuclear experts, JRC experts in the field of biological and chemical risks, and support staff in communica-tion and IT. The JRC supports the network of currently 61 part-ner countries, their officially nominated National Focal Points and CBRN National Teams in assessing their needs and drafting the subsequent integrated CBRN National Action Plans. So far, 39 countries have assessed their needs and 27 have completed their action plans. The development of the latter is ongoing in an additional 12 countries. Since the launch of the first projects in 2012, the EU CBRN CoE initiative has hosted more than 200 training events, ranging from border control and combatting illicit trafficking to crisis management and public health impact mitigation, with altogether around 2000 participants. The JRC has created a database with more than 460 training materials produced by the projects in different languages.

The JRC also plays an important role in ensuring the interface between internal and external EU CBRN activities and is an im-portant contributor to the implementation of the action plans. The JRC is monitoring EUSECTRA (European Nuclear Security Training Centre), inaugurated in 2013, which also serves as a platform for knowledge transfer among experts and devel-opment of training modules. At the end of 2016, the JRC led the high-level radiological and nuclear security exercise APEX Europa, which allowed identification of some priority areas for enhanced intra-EU cooperation in nuclear security and improv-ing detection of CBRN materials. Another important objective in the EU CBRN Action Plans is on improving detection of CBRN materials. The JRC has been entrusted with the coordination of the Illicit Trafficking Radiation Assessment Programme (ITRAP+10), implemented by the European Commission and the US Depart-ment of Homeland Security (Nuclear Detection Office). In the framework of ITRAP+10, the JRC carried out testing, evaluation, and comparison of all radiation detection equipment available in Europe. ITRAP+10 also entailed capacity-building activities with EU Member States for the testing of radiation detection equipment: the transfer of knowhow acquired by the JRC to selected Member States’ laboratories was a first step towards a European certification scheme for detection instrumentation.

Finally, the JRC also coordinates EU technical CBRN activities with international partners. It co-chairs (with the United States) the Nuclear Forensic International Technical Working Group, which gathers nuclear and law enforcement experts from over 35 countries to develop effective technical solutions for unlaw-ful or criminal incidents involving nuclear or other radioactive material. The Border Monitoring Working Group, established in 2005 by IAEA, US and EU and currently chaired by EU (JRC) is another important international forum to strengthen global capacity to combat the illicit trafficking of nuclear and other radioactive materials. It has established itself as a model for successful multilateral working groups, inspiring other similar coordina-tion initiatives related to nuclear security. We at the Joint Research Centre are proud of what has been achieved and we continue to strive for a more secure world.