EU Cohesion Policy: leaving no one behind in the green transition 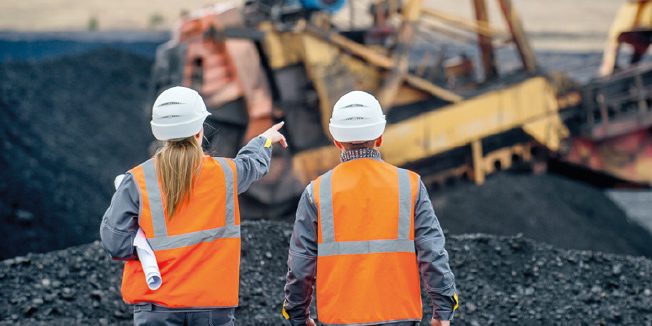 We need to achieve a green but just and fair transition by Marc Lemaître, Director-General, DG for Regional and Urban Policy, European Commission, Brussels

Climate change and environmental degradation are an existential threat to Europe and the world. European Commission President von der Leyen has chosen climate and environment-related challenges as the top priority of her mandate, setting up the European Green Deal [https://bit.ly/3skvzFS]. The EU’s main investment policy for local and regional development, the EU Cohesion Policy [https://bit.ly/3e2uJsp], will massively contribute to the European green transition, making sure no one is left behind in the process.

Green Deal and Cohesion Policy
The European Green Deal is the new growth strategy that aims to transform the EU into a fair and prosperous society, with a modern, resource-efficient and competitive economy. With the aim to achieve EU climate neutrality by 2050, the European Green Deal provides a roadmap for a transition across all sectors of the economy, such as transport, energy, agriculture, buildings and industry. It also highlights the need for a long-term transformative change.
Thanks to the long-term EU budget and #NextGenerationEU, [https://bit.ly/3tpppWg] unprecedented investments in green solutions and sustainable practices will propel the transformation across all sectors. These investments must ensure that the climate-neutrality transition takes place across territories, and that all EU regions benefit from it.
EU Cohesion Policy is a key instrument to deliver the goals of the European Green Deal on the ground, in all regions and cities. The policy is expected to contribute with more than €100 billion to climate and environment related projects over the 2021-2027 EU budget period. During the current EU programming period 2014-2020, Cohesion Policy funds are already contributing with more than €55 billion investments in climate action.1 Cohesion policy also has the advantage of galvanising its strong pan-European network of local and regional decision-makers, who are the real implementers of the green transition on the ground and in every corner of the continent.

A green, just and fair transition
While all regions will require funding for the green transition, the transformation will affect some territories more than others. This is particularly true for regions and territories highly dependent on fossil fuel mining and use, as well as highly carbon-intensive activities. Fossil fuel mining and exploration will face a significant decline and highly-carbon intensive industries will undergo a deep transformation. Regions and territories that strongly depend on these activities will need to restructure their industries, ensure through new economic activities that this restructuring will not bring negative socio-economic effects on the local population, and provide the necessary training to the workers concerned to shift their professional profile towards those new economic activities.
Last year, the Commission identified 104 European priority territories that will be particularly affected by the green transition, representing about 42 million people (9% of the EU population).2 These territories cover all Member States and represent coal, peat and oil shale regions as well as carbon-intensive regions with industries like steel, cement, pulp and paper or the chemical sector.
There are still more than 200,000 direct coal-related jobs in the EU’s coal regions. As coalmines are closing, and will continue to do so, these jobs will progressively disappear.3 At the same time, there is a large potential for other economic activities, and hence workers in these regions. For instance, the deployment of renewable energy technologies in the coal regions can create up to 315,000 jobs by 2030, reaching more than 460,000 by 2050.4 With the Just Transition Mechanism [https://bit.ly/3adgL5S] to generate the necessary public and private investments, the European Commission will provide targeted support to the territories most affected by the shift towards a greener economy. This includes €17,5 billion of fresh funding from the Just Transition Fund [https://bit.ly/3af8dvb] – a new EU Cohesion Policy instrument – aimed at the most vulnerable people and regions.
The central focus of this support will be twofold. On the one hand, investments will support economic diversification and the creation of new job opportunities in a region, with help to SMEs, startups and incubators to create new economic prospects. On the other hand, it will contribute to develop workers’ skills for the future job market.
In addition to the Just Transition Fund, we can rely on InvestEU [https://bit.ly/32jqi6R], a dedicated just transition scheme focused on attracting private investments. It will benefit just transition regions and help their economies find new sources of growth by supporting investments in sustainable energy and transport, economic diversification as well as social infrastructure. Lastly, a public sector loan facility backed by the EU budget will be used for loans to the public sector. Implemented together with the European Investment Bank, it will foster investments ranging from energy and transport infrastructure, district heating networks, energy efficiency measures, as well as social infrastructure.

A long and demanding journey
It is clear that moving towards a climate-neutral economy by mid-century will be a long and demanding journey. To make it a success, the Cohesion Policy’s partnership principle [https://bit.ly/2REKazp] is crucial: authorities and key stakeholders at local, regional, national and European level must join forces to deploy EU funding, such as the Transition Fund, in the best possible way for the success of the green and fair transition.
As initiators of the global green wave and as the ones who will live with the consequences of the investment decisions made today and over the coming decade, young people deserve to be heard and involved in this process.
When it comes to transition regions, we must create the conditions to motivate young people to build their future in these territories, by embracing their fresh ideas and staying in open dialogue with them. The recently published ‘Youth for a Just Transition’ toolkit [https://bit.ly/3sm96Io] offers many examples of best practises for achieving this.
This involvement of stakeholders and youth will help ensure that the investment framework that will be set for the next decade will have maximum impact in promoting economic renewal and equipping workers with upgraded and new skills, helping them to participate in the gains from the socio-economic renewal.
The Commission is ready to mobilise the necessary expertise on relevant industries, stakeholders and authorities via the Just Transition Platform [https://bit.ly/3wWC3ym] to make this process a real success for our continent.

Marc Lemaître
Marc Lemaître has been Director-General for Regional and Urban Policy (REGIO) since 9/2016. He studied economy at the Free University of Brussels and earned his MA of in European Economy from the College of Europe of Bruges in 1996. He then started his career at the Foreign Affairs Ministry of Luxembourg. After several positions at the Permanent Representation to the EU in Brussels (1996-2006) and then in his Ministry at home, he served from 2007-2013 as Head of Cabinet of the three Commissioners Hübner, Samecki and Lewandowski, before becoming Director of the EU Office for the Administration and Payment of Individual Entitlements (PMO).