The French-German armament cooperation: difficult but essential for Europe 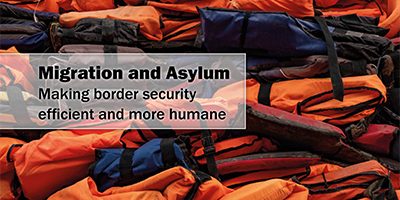 The Franco-German engine is essential for Europe, including in armament cooperation. However, this engine, in the field of defence, stumbles upon difficulties.

In Germany, the tradition of strategic restraint, coupled with close control of the Bundestag, hinders external military interventions; in France, the possibility of external operations, decided by a president able to implement them without delay, is an old tradition. The Atlantic partnership is more important for Germany, whose army was built within NATO, when Europe’s strategic autonomy is more clearly claimed by France. French foreign policy is traditionally oriented towards the world, while Germany looks more towards the continent. These differences are neither to be overlooked nor exaggerated. Strategic restraint did not prevent Germany from engaging with fire in Afghanistan or from being present in the Sahel region. The search for autonomy does not prevent France from relying on American military assistance, today in the Sahel region like yesterday in Libya. Exporting power, cultural influence and strategic interests like France is doing lead Germany – still with hesitation – to consider planetary space.

Political uncertainties can also be considered, but the interests of our countries are beyond them. Both countries want a Europe with a capacity to act, able to lead its own interventions and defend its values and interests. They know that tomorrow they will only continue to weigh significantly in world affairs if Europe is strong. To exist as a power, Europe must have the capacity to develop its own weapons systems and have sufficient autonomy in this area, by not depending for example on US International Traffic in Arms Regulations (ITAR) restrictions. This development can only happen through the armament cooperation between France and Germany, because neither can claim to remain alone at the forefront of technological progress and for financial reasons.

French-German armament cooperation has existed for more than sixty years. It has produced extremely useful capacities for the French and German armies, for example the Transall transport aircraft in the sixties, the combat helicopter Tiger in the eighties and more recently the A400M transport aircraft in partnership with other Europeans, including the United Kingdom. These programmes would not have existed without cooperation. The main driver for it is the programme cost reduction for each partner, particularly through the development costs share. However, this cost reduction objective can only be obtained if the partners reach a reasonable compromise on different issues which are often linked, first on the military needs, second on the industrial organisation and the workshare principles, each partner trying to get the highest possible benefit in terms of industrial return.

As France and Germany have pursued different strategic objectives since the last world war, for historical reasons, harmonisation between the military needs of their respective armed forces and the interests of their respective industrial bases has never been easy. And it is still the case for the Future Combat Air System (FCAS) and the Main Ground Combat System (MGCS) programmes, although the political will in favour of cooperation seems to increase. In the past, the “juste retour” principle has always created huge difficulties in cooperative programmes: useless duplications, increased delays and costs. When they created the Organisation for Joint Armament Co-operation (OCCAR) twenty years ago, France, Germany, Italy, and the United Kingdom signed a convention, like a treaty, which banned the “juste retour” principle.

The poison remains active in the back seat of all negotiations, and it is important to continue to fight against it and to establish a real confidence between the partners at all levels. If cooperation is established on reasonable and sound bases, it will create a strong win-win situation for both parties.

Finally, France and Germany must also be able to open their cooperation to other European partners to increase the global benefit for Europe and avoid future internal European competition. The new tools recently decided at the EU level, such as the European Defence Fund (EDF) and the Permanent Structured Cooperation (PESCO), constitute strong incentives to extend European armament cooperation in the future.