“In the past, the European Parliament has been attaching particular importance to strengthening chemical, biological, radiological and nuclear security in the EU,  with a special focus on the protection of public health, the environment and food safety.”

In the past years, the EU’s security environment has changed significantly. Instability in the EU’s eastern and southern neighbourhood is, in many instances, at the origin of current challenges to peace, security and prosperity within the EU. New types of threats, such as hybrid threats, are emerging and include the possibility of a terrorist attack using chemical, biological, radiological or nuclear (CBRN) materials as weapons of terror, possibly jeopardising public health, environmental protection and food safety and security within the EU. 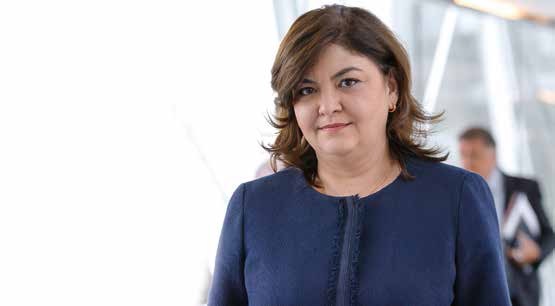 Following 11th September 2001, the international community came to believe there was a high probability that terrorists would make use of such weapons. The 2001 ‘anthrax letters’ attacks as well as the 2004 Madrid and 2005 London attacks were the bedrock of this line of thought. Fortunately up to now CBRN attacks have not fully reached their intended destructive power. However experts warn that the growing number of people familiar with CBRN warfare techniques and the spread of scientific knowledge, combined with poor security of relevant facilities, are making it relatively easy for terrorists to get hold of CBRN materials.
Consequently, the international community has reacted to CBRN threats through a series of instruments, most of them under the aegis of the UN. Similarly, the EU, its Member States and other key partners (e.g. NATO), have undertaken numerous activities to improve the ability to prevent CBRN incidents and protect citizens, institutions and infrastructure against such incidents.

Strong efforts on prevention and protection

Although counter-terrorism is in general a national competence, crisis management procedures and tools to support the Member States in case of a CBRN disaster with cross-border implications have been developed at EU level, such as the EU Civil Protection Mechanism (facilitating cooperation in civil protection assistance interventions in the event of major emergencies which require urgent response actions) or the Decision on serious cross-border threats to health (reinforcing, in particular, the coordination of preparedness and response measures across the EU in case of serious health threats caused by, inter alia, communicable diseases, chemical or biological events, including those stemming from a CBRN incident, and enhancing the role of the EU Health Security Committee).
Moreover, in November 2010, the Council adopted the EU CBRN Action Plan to strengthen chemical, biological, radiological and nuclear security in the EU over a five-year period. The aim of the action plan was to ensure that unauthorised access to CBRN materials is made as difficult as possible, that Member States have the capacity to detect CBRN materials in order to prevent CBRN incidents, and that they have the capacity to respond to incidents involving CBRN materials and to recover from them as quickly as possible. In the following, a new CBRN-E Agenda was defined in May 2014, combining policy on CBRN materials with that concerning explosives and focusing primarily on detection. The EU Parliament’s position In the past, the European Parliament has been attaching particular importance to strengthening chemical, biological, radiological and nuclear security in the EU, with a special focus on the protection of public health, the environment and food safety. In its Resolution of 14 December 2010 on the CBRN Action Plan, Parliament stressed, in particular, that the intentional spreading of communicable diseases or the contamination of food, soil, air and drinking water by CBRN agents could seriously impact animal and human health, food safety and security, and the environment, also in the longer term. In addition to a call for recovery and decontamination strategies to be included in the CBRN policy, Parliament pointed to the need to enhance the security of radioactive and nuclear materials and facilities and to better protect public transport networks. Implementation of the EU CBRN Action Plan As regards nuclear security, most actions foreseen in the CBRN Action Plan have in the meantime been fully implemented (see Commission staff working document on nuclear security of March 2016). The actions spelt out in the Joint Framework on a European Union response to countering hybrid threats, adopted in April 2016, which focus, inter alia, on enhancing protection and resilience of critical infrastructures (including transport infrastructure, but also, e.g., a water purification plant) and on protecting public health and food security against a CBRN attack can be considered as a further step in the right direction. More might, however, need to be done in the future.The food supply and public health will need new legislation. In relation to food safety, there has been a recent exchange of views between the European Parliament’s Environment Committee and the European Commission in February 2017 on food defence, which can be defined as the protection of food from intentional contamination or adulteration by biological, chemical, physical, or radiological agents. On that occasion, several Members pointed to the risks of bioterrorism for the food supply chain and public health in the EU, urging the Commission to come up with new legislation.