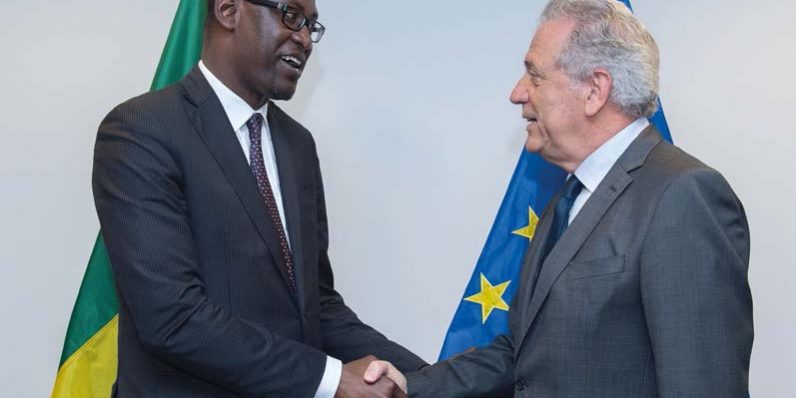 There is a historic opportunity to strengthen our partnership

“For too long, the relationship between Europe and Africa was one of dependency, charity or cooperation on an ad-hoc basis.” 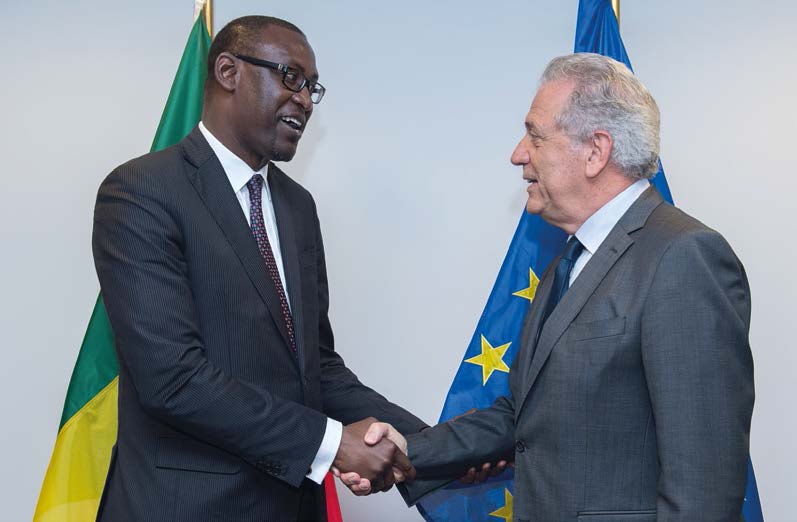 Europe and Africa are at an important crossroads today, with a historic opportunity to strengthen our partnership and deepen our shared future. For too long, the relationship between Europe and Africa was one of dependency, charity or cooperation on an ad-hoc basis. But in a world of increasing globalisation and geopolitical instabilities, the challenges we face are common – and so our response can only be a common one too. The time has come to forge equal and strong partnerships and reciprocal commitments for the future. It is with this objective in mind that the European Commission proposed in September of this year to launch a new alliance between Africa and Europe.

The essence of the new alliance
The essence of this new alliance is one of a partnership on
equal footing, in order to deepen economic relations and to boost investment and jobs primarily, but thereby also create more stable and prosperous societies. Managing migration and mobility better, and together, is an
important element in this approach. However, it is equally important to put things into perspective. here are currently 68.5 million forcibly displaced people in the world, 58% of which are displaced within their home countries. Africa continues to host the largest number of displaced people worldwide, with 24.2 million displaced in total on its continent, 19.4 of which are intra-regional. More specifically, Uganda, Sudan and Ethiopia remain among the major refugee host countries in the world, hosting altogether 3.2 million people. Compared to the 1 million people that arrived on its continent in 2015, Europe can hardly say that it was “invaded” by asylum seekers and refugees. Migration will remain a defining feature in the years and decades to come. Most importantly, this global issue requires a common, international and comprehensive approach. We have shifted gears in the past few years and our joint work with our African neighbours is already paying off: together we have managed to reduce the number of dangerous irregular journeys to Europe. If we look at the Central Mediterranean migratory route, the number of people arriving irregularly has decreased by 80% in 2018 compared to the same period last year. But we have to remain vigilant, especially when we look at the Western Mediterranean route where arrivals have increased.

The EU-Emergency Trust Fund for Africa
We are putting in efforts and money to make sure our cooperation with Africa results in tangible change on the ground. The EU has set up a  4.1 billion Emergency Trust Fund for Africa to fund migration-related projects, which proved to be one of the most effective tools to address the root causes of irregular migration. 165 programmes have so far been approved with a focus on economic development, governance, food security, healthcare and migration, including targeted life-saving assistance for people in need of protection and support for voluntary returns to home countries. We want to address the underlying reasons that compel people to move, and give them a chance to build their lives closer to home instead of embarking on often deadly journeys to Europe.

Counter-smuggling operations
Our work goes beyond the root causes of migration: we also need to fight smugglers who are making a business off people’s desperate conditions and stem irregular migration flows. The EU has stepped up its cooperation with a number of key African countries to support the development of better border management systems and of counter-smuggling operations. Our joint work with Italy, Libya, Niger and other sub-Saharan countries helped to considerably reduce irregular arrivals via the Central Mediterranean. But we know that we must remain very vigilant as the situation is still volatile. Arrivals on the southern shores of Spain are increasing, even if they do so from a low starting point. This is why we are now stepping up work with Spain, as well as Morocco and other countries of origin and transit, to address this increased migratory pressure. The Commission approved on 6 July this year a  55 million border management programme for the Maghreb region under the EU Emergency Trust Fund for Africa, through which the EU will support Morocco and Tunisia to save lives at sea, improve maritime border management and fight against smugglers operating in the region.

Return and readmission
We also have to be consistent about return and readmission, on both sides. Those who have no right to stay and who are not in need of protection should return to their countries of origin or transit. We should also bear in mind that ultimately, we all want less dangerous migration routes, fewer lives lost in the Mediterranean and full respect for migrants’ rights and for the principle of non-refoulement. For this, we need strengthened cooperation and coordination as we all have a collective responsibility to stop the loss of life at sea. Only by standing together can we win this challenge.

Resettlement: We are working to increase safe and legal pathways for those in need of protection through resettlement. Since 2015, successful EU resettlement programmes have helped over 43,700 of the most vulnerable people from around the world, many of them from Africa, to find shelter in the EU. Last year, Member States made the largest collective commitment on resettlement the EU has ever seen, under the new EU resettlement scheme proposed by President Juncker. At least 50,000 persons will be resettled by the end of 2019. This is key to prevent dangerous journeys facilitated by criminal smuggling networks. Indeed, safe and legal migration channels also undermine the business model of smuggling networks and contribute to the reduction of irregular migration.

Labour migration: We also want to offer opportunities for labour migration, based on the needs of our economies. We are currently working with EU countries on developing pilot projects on labour migration with selected countries in Africa, and we are ready to provide financial support to Member States carrying out such projects. At the same time, we proposed to improve the EU’s system for attracting highly-skilled talents with an ambitious reform of the EU Blue Card. Ultimately, the new alliance between Europe and Africa is about people, about bringing Europeans and Africans closer together, about forging strong ties and durable links between our people.

Working together
Africa is Europe’s twin continent. We will continue working together as equal partners, on migration and mobility, but also on security, trade, investment and business, in order to secure a stable and prosperous future for the entire region, on both sides of the Mediterranean.

Dimitris Avramopoulos
has been the European Commissioner for Migration, Home affairs and Citizenship since 2014. He was born in 1953 in Athens and holds a Bachelor of arts degree in public Law and political Science from the University of Athens. After a diplomatic career (1980-1993) he resigned from the Greek diplomatic service in order to enter parliamentary politics as a member of New Democracy. He was mayor of Athens from 1995–2002 and has served in various high-level cabinet posts, including those of Minister for Foreign Affairs and Minister for National Defence.