The way ahead: more Europe to uphold human rights – Strengthening the EU is the only way to fight populism and fascism 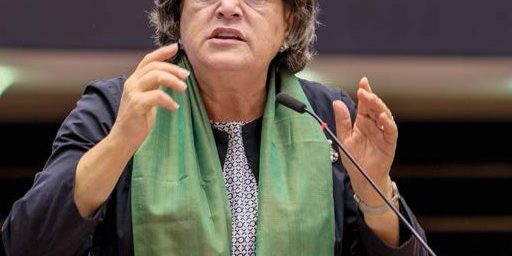 After 15 years and three mandates fulfilled as a MEP in the Group of the Progressive Alliance of Socialists and Democrats, I will leave the European Parliament completely
convinced that, more than ever, we need more Europe and a stronger European Union (EU). Needless to say that this does not mean that one has to be uncritical and obsequious towards the EU’s and its policies. On the contrary: only by being critical regarding the EU’s policies and actions can we help to strengthen
and improve it. Only that way can the EU be better equipped in its actions and goals of reducing inequalities and discrimination, in the absolute need of defending human rights of all citizens and in enhancing the rule of law across the Member States, as well as in finding sustainable solutions and strategies in the field of migration and climate change.

Fight populism and fascism
Strengthening the EU is also the only way to fight the populism and fascism that unfortunately have been growing all over Europe, which is now present in most parliaments of the EU Member States, including Spain with the recent elections. It is precisely the extreme right that has been fostering the nasty anti-migration and Eurosceptic narratives to instill fear among the European citizens. And it is the weak and bad democratic politicians who do not dare to counter that narrative. They fail not just the EU, but democracy and peace, by enabling extremists to sow bigotry and violence. Some have claimed that the alternative for advancing the European Union and democracy in Europe lies in a liberal alternative. I disagree. It is not that liberal ideology that will make the difference in Europe, namely to curb the populist and fascist and anti-European forces that are on the loose. It is a neoliberal ideology – and I make the distinction because it is an ideology of the economic field that, from my point of view, has even compromised the European project these last decades. The deregulatory neoliberal ideology was the one that allowed the capture of the various Member States and governments and institutions by corrupt interest groups that, with sectoral agendas, have destroyed what should be common European interests and public interests in each of the Member States. From my point of view, the financial crisis of 2008 was not exclusively imported from the United States. It was much the result of these neoliberal policies and of decades of deregulation that has destroyed jobs and boosted inequalities in various Member States. It has also shaken the citizens’ confidence in their rulers who then realised how many of the goals of governance at national and European level were being perverted, were not being achieved, were serving the rich to become richer against the majority of citizens feeling increasingly poor and
insecure. The predominance of precarious jobs and the lack of vision to fight them led to the rise of populist, Eurosceptic and fascist movements that today are seeking to capitalise on the insecurity and distrust of citizens in the rulers. Any political family, and here I include my own political family that allowed itself to be contaminated by all this neoliberal nonsense, so negative, so perverse, namely through the thesis of this third way…

Lack of credibility
Thus, nowadays, we have a tremendous problem in Europe because no political family has credibility. If a political family like my own ends up buying a more moderate, more presentable version of neoliberal theses whether defended by liberals or defended by the conservatives of the EPP, voters prefer the original. Therefore, we are in a very difficult situation in which Europe itself is being questioned by the citizens. In my opinion, the problem is not Europe: it is the way we let the Member States be captured by these sectoral and private interests and how neither governments at national level nor governance at European level is seen as capable of projecting the public interest. And this is associated to the distrust of the citizens towards politicians and governments, we have here in fact an ideal culture site for fascism and for all types of populists. The answer or the solution is not easier, but I am sure that it is not through the neoliberal ideology that we are going to save Europe or save each one of our countries from these forces of obscurantism, regression, against migrants and ethnic and sexual minorities and that are fostering prejudice. Such forces have been generated within the EU and are also being financed
from abroad by those who want to destroy us, whether Mr Putin, with an EU destruction agenda, or Mr Trump with an agenda of total neglect of the importance of the alliance between the United States and Europe.

Migration and human rights
In these years at the European Parliament, I have been a full member of the Committee on Civil Liberties, Justice and Home Affairs (LIBE) and a staunch supporter on the need to find a sustainable solution to the migratory inflows, based on the respect of human rights of the refugees and international law. Migration is not something that we fight against, but rather something we manage by applying human policies that uphold the rights of the migrants and refugees. We have witnessed that migration policies have been at the core of the cleavages between the different political forces in the European Union. Most of the files that we have been working on in the field of migration have been blocked by the Member States in the Council. Citizens need to know that it is the Council, where the governments sit, that has been blocking the reform of Dublin, approved by a large majority in the European Parliament and that would ensure a fair solution in the responsibility sharing among the Member States to receives refugees. By not acting,
the EU governments are fuelling the business of human traffickers. Safe and legal ways for migrants and refugees are the only way to reduce significantly the migratory influx.
At the same time, extreme right wing governments, as the one of Salvini in Italy, are now criminalising human right defenders and limiting the rescue activities of the NGOs that have stepped in to make up for the lack of state rescue operations. The Iuventa case has set a new precedent: not only was the ship seized, but also the Italian public prosecutor’s office is expanding its investigations against individual crewmembers of the organisation. This is completely inacceptable. If NGOs did not have in place rescue operations, more lives would be lost – it is their courageous work that we have to be thankful for! Previously, in January this year, we already witnessed, with the saga of SeaWatch3, the hypocrisy of the European governments claiming to be Christians, but not paying attention to the appeals of the Pope.

The case of Libya
At the same time, in Libya we keep on paying the price for the lack of Europe both regarding the political situation of the country and the defence of migrants and refugees, compounded by the recent strikes that have reached Tripoli and put in danger refugees and migrants. The Libyan government must immediately release all migrants and refugees from these horrific detention centres where they are held illegally and face appalling abuse and torture.
The EU cannot excuse itself from what Libya became. Lack of Europe, the absence of the EU, played into the hands of the Member States, entering into new and old rivalries for oil, arms and influence, after the fall of Kaddafi. Like the UN, the EU neglected the need for disarmament, demobilization and reintegration (DDR) and security sector reform (SSR) to ensure that any Libyan governance would be controlling a national army chain of command. Prime Minister Ali Zeidan came to beg us for that help in 2013, as he also
begged NATO, to no avail. Instead, the EU Member States, led by Italy, choose to fabricate a fake “Libyan Coast Guard” which is no more than militia torturing migrants and refugees to keep the human trafficking supply flourishing. No wonder that Haftar, backed by Egypt, the UAE, Saudi Arabia but also France just dared to disrupt the UN organized National Conference in Ghadames leading to so much bloodshed and suffering in Tripoli. No wonder that, under Haftar, ISIS, Al-Qaeda, the Makdali and other terrorist groups will gain ground for sanctuary in Libya. They will come to haunt us, as much as they already haunt the people of Libya. Then, we all will deeply regret that there was no EU to act and help Libya.

Ana Gomes MEP
has been a Member of the European Parliament since 2004. She sits on the Committee on Civil Liberties, Justice and Home Affairs (LIBE) and the Subcommittee on Security and Defence (SEDE), and she is a member of the Delegation for relations with the US and of the Delegation to the Parliamentary Assembly of the Union for the Mediterranean.
Born in1954 in Lisbon, she was Diplomatic Adviser to the Portuguese President (1982-1986) before being posted to the Permanent Mission to the UN and international organisations in Geneva (1986-1989) and the Embassies in Tokyo (1989-1991) and London (1991-1994). She joined Portugal’s Permanent Mission to the UN in New York in 1997 and then became Portugal’s Ambassador in Jakarta (1999-2003).