Is PESCO able to reinforce the credibility of the Common Security and Defence Policy? 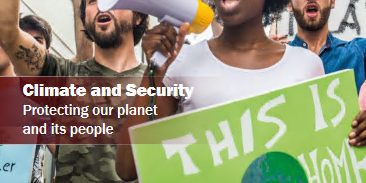 by Natalia Pouzyreff and Michèle Tabarot, members of the French National Assembly, Paris

In October 2020, the Foreign Affairs Committee and the Defence Committee of the French National Assembly entrusted us with a mission on Permanent Structured Cooperation (PESCO). It took place in the context of the first strategic review of PESCO with the evaluation of the initial phase (2018-2020) and the preparation of the second phase (2021-2025). It also took place in the context of a lasting health crisis, which underlined the urgency of strengthening European strategic autonomy.1
Until recently, defence was not a priority for the European ­Union, even though it was erected as a self-standing European policy by the treaty of Lisbon (2007) within the Common Security and Defence Policy (CSDP). PESCO was introduced by the same treaty, but ironically described as a “Sleeping Beauty” by former Commission President Jean-Claude Juncker. It finally materialised 10 years after the Lisbon treaty in December 2017. The decision made by the UK to leave the EU and the increased threat level outside the EU’s borders led Member States to act on its effective implementation.

PESCO, an original initiative
PESCO is a unique forum of cooperation involving 25 participating European Union Members States that have subscribed to a list of 20 binding commitments. Among them, states agree to increase their expenditure, support external operations and adopt procurement policies favourable to the European Defence Technological and Industrial Base (EDTIB). The aim is to achieve a coherent full spectrum force package (FSFP), fill capability gaps, and strengthen the European defence pillar within NATO.
47 projects have been launched since 2017. These projects vary greatly in scope. Some of them are directly related to capability shortfalls and next generation capabilities that remain top priorities for European defence (eg the land battlefield missile systems BLOS, materials and components for technological EU competitiveness (MAC-EU), the MALE drone and military mobility). Some others bring together only two states with a rather limited impact regarding the strengthening of European defence.

Underlying difficulties and uneven progress
Initially, PESCO was intended for a restricted number of Member States, “whose military capabilities fulfil higher criteria”. But Germany called for a more inclusive approach and finally 25 out of the 27 Member States joined PESCO. This resulted in a heavier governance process as unanimity is required for decision-making.
In its findings, the 2020 PESCO strategic review reveals that only 3 projects have reached initial operational capability (IOC), while 23 are expected to reach this status in the period 2020-2023. More than two thirds of PESCO projects are still in their ideation phase. Projects were all the more difficult to assess as a common understanding of terms and definitions related to project development and management was lacking.
Moreover, Member States pursue different strategic interests. Their level of ambition and their resources vary greatly. Some do not comply with the binding commitments and still favour the United States’ military equipment. PESCO remains a legal framework without judges or sanctions.
In addition, the promise that EU Battlegroups (EUBGs) would be reinforced by PESCO was not kept. Contrary to the commitments made, the waiting time in the rotating mobilisation of national troops has multiplied.

The difficult integration of third-party states
Our attention was drawn to the integration of third-party states which finally came to a resolution at the end of a three-year negotiation in November 2020. Although conditions have been set for third state participation through unanimous approval of the Council, we raised some concerns regarding the possible involvement of the United States in PESCO projects. Indeed, European sovereignty could be jeopardised due to the US International Traffic in Arms Regulations (ITAR) restrictions or any disputes regarding industrial or intellectual property. To this end, we recommend that binding agreements regarding those matters should be concluded for each project, so that third-party state participation does not generate any kind of dependence.
Ultimately the European Defence Fund (EDF) should exert “European preference”, meaning it should concentrate its funding on the projects that most structure European strategic autonomy.

Make better use of PESCO
As the framework for cooperation, PESCO should contribute to the edification of a strong EDTIB in order to ensure independence in terms of technology and capabilities.
We also recommend that the scope of PESCO projects be tightened, focusing on those with the greatest impact on future European military capabilities and the most strategic ones eligible for the EDF.
Overall, the CSDP should benefit from the directions given by the “strategic compass”. This initiative was launched under the German presidency of the European Union in 2020 and will be concluded under the French presidency in the first semester of 2022.
Still, the success of the CSDP relies on Member States’ commitment and political will to bring about a powerful Europe. PESCO remains an instrument with which to achieve this objective.