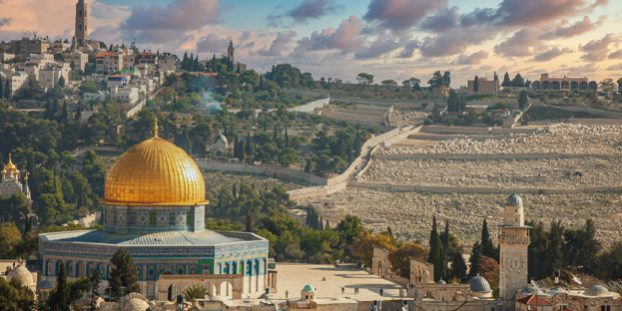 The Arab “axis of resistance” against Israel has broken, even if two long-standing hostile neighbours, Lebanon and Syria, will not hear of normalisation of their relations with the Jewish state. The “Abraham Accords”, brief and general statements about future cooperation between Bahrain and the United Arab Emirates (UAE) and Israel, which were brokered under heavy pressure from US diplomacy, without the participation of Arab organizations and signed on 15th September 2020 in Washington, generated worldwide media attention. Egypt signed a peace treaty with Israel as long ago as 1979, Jordan followed suit in 1994. In December 2020, President Trump announced further political normalisation between Morocco, Sudan and Israel. But the King of Morocco is having difficulty going any further, just like the Saudi Crown Prince, Mohammed bin Salman, who has had discreet relations with Israel for years. However, these rulers have to take account of their peoples’ anti-Israeli and pro-Palestinian sentiments, driven by the long-standing Arab support for a separate Palestinian state and the demand for an end to the expansion of Jewish settlements, etc.
This also explains the great reluctance of Kuwait, Qatar and Oman, which, while maintaining trade relations with Israel, uphold the rights of the Palestinians. They are a long way from signing the “Abraham Accords”, but Israel is no longer an enemy.

The Arab-Israeli rapprochement
The establishment of diplomatic relations with the Jewish state by Bahrain and the UAE did not come as a surprise. Middle Eastern experts unanimously consider that the seeds of this development were sown some years ago. The two main reasons for the Arab-Israeli rapprochement are the growing concerns among numerous Arab states in the Middle East about Iran’s destructive foreign policy and its clear determination to build a nuclear bomb. The second reason is the US political and military withdrawal from the region, initiated by President Obama and continued by President Trump.

How do the participating Arab states view the opportunities for developing relations with Israel and the further handling of the Palestinian question?

Assessment in the UAE
It is no exaggeration to say that the UAE has been the most welcoming of the normalisation of relations with Israel. The media and the business community have spoken of the dawn of a new era of great mutual benefit in economic, technological and other areas. By the end of 2020, 130,000 Israeli tourists had visited the Emirates. In a joint newspaper article on 1st March 2020, the UAE ambassador to Israel and the Israeli head of mission in Abu Dhabi wrote: “Our conversations focus on growing economic ties, trade and tourism, health and educational exchanges and deepening people-to-people contacts. We facilitate and update each other on the near-daily announcements of new agreements between our universities, research institutes, start-ups and medical centers”.
In view of the post-petroleum age, one would like to benefit from Israel’s high technology in the long term. But its long experience in agriculture with very economical water consumption is also interesting for the UAE (food security).

Saudi Arabia and the question of Iran
Crown Prince Mohammed bin Salman would also like to join the Abraham Accords because he has little sympathy for the Palestinians, who irritate him more than anything else. But his father, King Salman, and public opinion will not allow any official cooperation with the Israelis. A newspaper article by Ronald S. Lauder, chairman of the World Jewish Congress, in the well-known Saudi daily, Arab News, on 1st March 2021 attracted attention. The author proposes the formation of a “NATO for the Middle East”. In contrast to the Emirates, he expresses political objectives in plain language. In the face of the great Iranian threat, Arabs and Israelis are growing ever closer because they can no longer trust the West. They should “work together to save the Middle East from the looming catastrophe of extremism and nuclearisation. “A strategic alliance, a Middle East Defense Organization (MEDO), would be a strong bulwark against Iran and against the imperialist aspirations of Turkey. This is exactly what Mohammed bin Salman wants.

Strengthening Jewish life in the GCC countries
The foreseeable growth in tourism between Israel and the UAE and Bahrain has raised hopes among the Jewish communities on the Arabian Peninsula that they will now be able to step out of their shadowed existence and benefit from the Abraham Accords. Around 1,000 Jews live in Dubai, around 100 in Bahrain and there are small communities in Oman, Qatar and Kuwait.
In February 2021, these communities founded The Association of Gulf Jewish Communities (AGJC), with plans to establish the region’s first Jewish court. They also hope that Jewish life will be strengthened by the settlement of Jewish business people in the region.

Qatar and the Palestinians
The Qatar government left no doubt that it would not join the Abraham Accords as it does not consider the normalisation of relations with Israel as a solution to the Palestinian conflict. “The core of this conflict is about the drastic conditions that the Palestinians are living under as people without a country” as a spokeswoman for the Ministry of Foreign Affairs put it. Qatar supports and protects the extremist Muslim Brotherhood, providing substantial financial aid to Hamas, a branch of it, in the Gaza Strip. However, discreet political relations with Israel have existed for years.

Reluctance in Egypt
The peace treaty with Israel in 1979 was never really given a chance to flourish, although there is effective military cooperation on counter-terrorism between the two countries on their borders. President Al-Sisi will not therefore join the Abraham Accords. The main reason is the Israelis’ uncompromising attitude towards the Palestinians and their settlement policy in the occupied territories. In the media however, Al-Sisi welcomed the peace agreement and expressed the hope that it would bring stability to the Middle East.

Fresh prospects from Biden’s Middle East policy
The Abraham Accords make no reference to the two-state solution for Israel and Palestine, but President Biden supports the project, unlike his predecessor, Trump.
At their meeting in Cairo on 9th February 2021, the foreign ministers of the Arab League reaffirmed their long-standing position that only a two-state settlement can resolve the Israeli-­Palestinian conflict and bring real peace. The great test of the new Arab-Israeli relationship is yet to come: how to deal with Iran.

Gerhard Arnold
is a German protestant theologian. Born in 1948, he studied Theology in Neuendettelsau, Heidelberg and Erlangen from 1967 to 1973. He served as minister in the Lutheran Church of Bavaria and was teacher of religion at a High School in Kitzingen from 1982 to 2009. Mr Arnold published numerous monographs and essays in the field of contemporary church history on the themes/issues of ethics of peace and international security policy. Since 2012, the focus of his studies has been on the conflicts in the Near and Middle East region.