Stepping up: a stronger Europe for stronger transatlantic security and defence 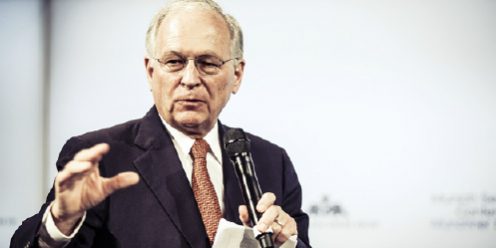 In Europe, the sigh of relief was noticeable when President Biden stressed the renewed US commitment to NATO at the beginning of his tenure. Speaking at the Munich Security Conference (MSC) Special Edition in February 2021, he made it crystal clear that the United States is “fully committed” to the NATO Alliance; article V – the assurance that an attack on one is an attack on all – is an “unshakable vow.”1 Since then, the Biden administration has repeatedly reaffirmed and followed up on this firm commitment to NATO and the transatlantic partner-ship – be it in the context of Secretary of State Blinken’s participation in the NATO Summit in March, the US decision to not withdraw but increase troops in Germany, or President Biden’s eight-day trip to Europe in June.
This alliance-based approach, however, goes hand in hand with greater US expectations of its partners. This was highly visible at the G7 summit in Cornwall when President Biden urged the European allies to support US efforts in boosting democracy more strongly. The commu-nique published after the NATO leaders’ meeting sets an ambitious agenda. It is now time for Europe to show that the transatlantic alliance is not a one-sided love affair, but that Europe is willing and capable to step up and fulfil its international commitments.

The European part of the equation
To make Europe a more valuable partner and to improve the shared transatlantic security architecture, the following four points should be guidelines for a European to-do list.

We need a proactive Europe
Rather than waiting for proposals and calls to action from its transatlantic partner, Europe should come up with its own initiatives. It needs to sketch out how it sees its role in the future transatlantic security and defence partnership, what it is wil­ling to invest politically and econom-ically, and what it expects from the United States. So far, Washington’s call to action has not been answered.