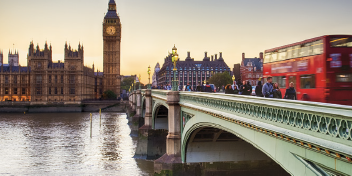 A European Security Council provides the basis for re-engagement

The chaotic withdrawal from Afghanistan, the apparent continuation, under President Biden, of “America First”, and of course Brexit, provide a critical challenge for Europe and the strategic defence of our continent, our values and our interests.

The reaction in Brussels to the horrors of Kabul airport was to launch yet another initiative for a rapid-reaction military force to operate independently of the United States. A new “initial entry force” that could be deployed quickly to intervene anywhere in the world, particularly to safeguard the evacuation of officials and staff.

The European Union has proved that it can, albeit slowly, mount military missions to crisis areas in a peacekeeping role. But as the “battlegroups” concept first established in 2007 has shown, that rapid deployment of a standing force has proved impossible.

Former Swedish Prime Minister, Carl Bildt, recently commented; “The problem isn’t primarily that the EU lacks military muscle, but that it lacks the political will to use even what it has. The last two decades or so are littered with declarations of building different forces and battle groups, but they are rarely if ever used. That’s the issue.”

If we in Europe are to be able to defend our territory, our values and our interests without the guaranteed umbrella of the United States, we need to rethink the big picture of strategic capabilities.

NATO is the cornerstone of European security against external threats, but NATO is underpinned by the United States and 7 (seven) European NATO members are outside the European Union. Although the United States still has 64,000 troops in Europe, however long they stay, they are there to defend Ame­rica’s interests.

Without undermining either NATO or the European Union, Europe needs to have a mechanism that can demonstrate to any aggressor that we can effectively and rapidly defend ourselves. That mechanism cannot depend on majority voting in the EU Council and must include non-EU NATO members, who are as much part of Europe as the 27 Member States. Such an arrangement would not by-pass the already considerable achievements of the EU in the defence field, but would, where they were available, build on them. Europe faces a strategic crisis, and we must marshal all our resources to the defence of our people, interests and values. And, we must do it now.

We have to act now

There is no longer time for a continuing dialogue on how 27 EU Member States, with diverse defence cultures, can create a credible and effective EU military machine.  Russia and China, not to mention ISIS and other terror groups, see the failure of Afghanistan as a fundamental weakness in the West’s ability to defend itself. Across Europe, people expect their governments and their supranational institutions to be able to defend them against external threats. Looking forward, the United Kingdom, which has the largest military budget in Europe, has continued to emphasise its commitment to European defence through NATO and several bi-lateral arrangements, most particularly with France. The political declaration attached to the Brexit withdrawal agreement envisaged a close relationship with the EU on defence and security matters, but sadly in the cloud of post-Brexit political rhetoric there has not been any progress here.

Many politicians and political commentators in the UK have used the Afghanistan debacle as the key to British re-engagement with its European neighbours. Significantly, the Chairman of the House of Commons Defence Committee and former Conservative minister, Tobias Ellwood, said “This has to be a totemic moment when we realise the limits of what ‘Global Britain’ is. We have to recognise that America doesn’t always make the right decision”. He went on “Britain has to rise above the pettiness of Brexit and work more closely with our European allies.”

Build up a European Security Council

France and Germany have discussed forming a ‘European Security Council’ (ESC) to strengthen European foreign policy and co-ordinate closely with the UK in the post-Brexit era.   While the EU is a trade and regulatory superpower, it has consistently punched below its weight in foreign and security policy. This is most pronounced when it comes to taking military action. The EU also lacks a common ‘strategic culture’, and that is unlikely to change in the near future.

Many have confused the ESC concept with an EU Security Council, which would merely replace or duplicate the European Council’s existing Political and Security Committee.

The ESC initially could simply be an expanded E3 format, the informal forum though which France, Germany, and the UK have discussed policy towards Iran. Ideally an effective ESC would be an intergovernmental arrangement involving several EU Member States, but including non-EU NATO members, principally the UK. This would not be a competitor to either the EU or NATO, so the EU High Representative and the NATO Secretary General should be at its meetings. With a larger military presence in Europe than most European nations, the question will arise as to whether the United States should also be at the table.

The development of an effective European strategic capability can only be done as a coalition of the willing who have the resources that they are prepared to commit. France and the United Kingdom bring their nuclear weapons capability to the table. They also bring their diplomatic clout as permanent members of the United Nations Security Council.

Most importantly, most Member States must also spend significantly more. For many years too many European nations have failed to meet their 2% NATO defence spending commitment. In the frightening new world we are entering the threats are increasing and we cannot avoid the reality that we need to commit more if we are to protect and defend our continent. This is not a call for a massive re-armament, but in the current uncertain climate, when it comes to ensuring the security of people and our way of life, there is no cheap option. We respect those countries who wish to retain their neutral or non-aligned status. But for most of us we recognise that our cherished Europe, which has been predominantly at peace for the last 75 years, is under threat. This is yet another wakeup call!

The UK is ready to contribute to Europe’s security