Russia is a Transatlantic-European partner, but the West is continuously failing to accept it as such 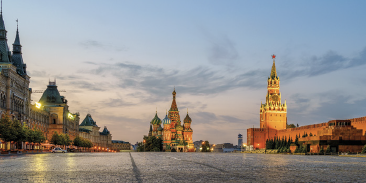 by Vladimir A. Chizhov, Ambassador and Permanent Representative of the
Russian Federation, Brussels

Though relations between Russia and the West have always been a complex story of ups and downs, one should not forget that from the outset we have been sincerely interested in developing cooperation with Transatlantic and European partners, NATO and the EU. Regretfully, our relations with both of these entities are now, as Russian Foreign Minister Sergey Lavrov noted, in a deplorable state.

From a strategic partner to an adversary?

Yet life proves that the West’s current shift of perception of Russia– from a strategic partner to an adversary, let alone “enemy”, can only lead to a dead end. The reason is that Russia is one of the very few countries in the world that has the privilege of being a self-sufficient power, a state that can afford an independent foreign policy. Clearly, this is a disconcerting fact for a number of actors on the international stage. Wide-spread negative labelling of Russia and its actions, together with a cherished but false sense of exceptionalism, stand in stark contrast to the principles of tolerance, respect and acceptance of different views considered as a cornerstone of Western culture.

These conclusions, however, do not imply that all the current international threats are only a matter of Russia-Transatlantic or Russia-EU relations. The world we live in is diverse and multipolar, no matter how much some politicians – not to speak of some generals – seek to prove otherwise….

The current state of relations between Russia and the West has been exacerbated by several factors, among them the domestic crisis in Ukraine, the reckless military adventure in Libya, which led to the collapse of a normally functioning state, not to mention Syria to which the same fate had been prescribed, but was luckily avoided, albeit with some help from Russia.

As for the most recent example, Afghanistan, there is no need here to rehearse once again what we already know.  The only thing I would like to emphasise in this regard is that, as Chinese philosophy postulates, this crisis, as much as any other, has the potential to open a window of opportunity for all members of the international community, and, hopefully too, for the Afghan people themselves.

What is the future of European independence?

The EU, for instance, has a chance to re-evaluate the essence and meaning of its strategic autonomy without being blinded by the euphoria of having a new Administration in Washington. The worrying trend however is that its political and military independence is being eroded by its strategic partnership with NATO, with as many as 74 joint proposals currently on the table aiming to merge the defence dimension of the two organisations. Most European defence initiatives are becoming aligned on US and NATO military planning priorities. Three non-EU countries (US, Canada, and Norway) were recently approved as partners in Permanent Structured Cooperation (PESCO) projects.  Any further developments of this kind are likely to further strengthen the already dominant American position in the European defence market. Cooperation on command and control structures, including on countering “hybrid” threats, is being built up, joint cyber capabilities are being strengthened. And on top of all this, a bolt from the blue: the US decision to withdraw from Afghanistan without any sort of coordination with its European allies.

One more conclusion therefore, however uncomfortable it may sound to some readers of this magazine, is that the concept of priority of values over interests has lost much of its shine as a result of developments in Afghanistan. The same can be said of the motto “steadfast transatlantic solidarity”.

Speaking of solidarity, I also have to add that it failed to pass a crucial test during the coronavirus pandemic. A chance to unite forces against a common enemy – one completely devoid of ideology or political affiliation and equally threatening all mankind, was missed. During the first and most dangerous months, the reaction of the EU and the “collective West” was chaotic. One can still witness worrying trends emerging from this disaster, such as politically motivated non-recognition of certain vaccines, confirming that the poison of double standards has spread to purely humanitarian issues.

Challenges to be solved by cooperation

Responsible members of the international community would never resort to the language of ultimatums and ignore equitable dialogue as a means to address concerns in various areas. Unfortunately, our Western counterparts follow a different pattern, like creating ad hoc alliances of the like-minded and imposing unilateral restrictive measures against economies and individuals who are singled out for blame, often for imaginary misbehaviour.

However, finding real solutions to the numerous international problems and common challenges that we all face lies in cooperation and not in outright rejection, nor in the flawed logic of a “zero-sum game”, nor the practice of replacing international law with a so-called “rules-based world order” which runs counter to the universal principles of international law with the UN Charter as its primary source. And speaking of rules, one may wonder if there is really any difference between the UN Charter as a set of universal rules, and the various proposals being pushed by proponents of certain alliances of multilateralists or defenders of liberal democracy, in which many of the same words are used.

The key difference is that they tend to divide the world between the enlightened front-runners and those who are left with the option of either catching up or being left behind in the swamp of authoritarianism. This would inevitably lead the world into instability or, worse, disaster.

Russia: a partner for security and peace

No wonder my country rejects this selective approach and emphasises the overriding importance of international law.

Do we really need further tragic examples to bring about a change in the current abnormal state of international relations? Another Afghanistan? Another pandemic? Obviously now is the right time to see the elephant in the room and finally realise that the world is too complex for every country to adhere to the same political recipes.

Today is the right moment to re-assess the role of my country as a geostrategic partner. Every reasonable person would agree that “making friends against Moscow” is irrational and contrary to any constructive logic. The reality is that Russia constitutes an integral element of the balance of power on the international stage. Russia is ready to be part of collective and mutually beneficial endeavours to ensure peace, security and predictability in every part of the world.