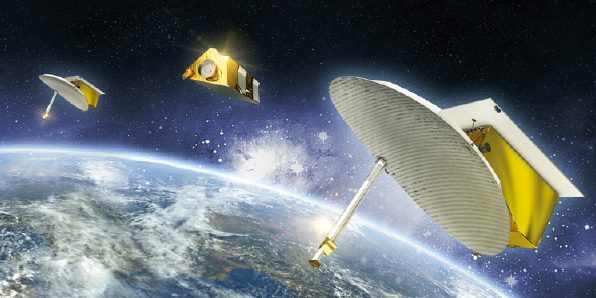 The European: Mr Ducaru, allow us to express our warmest congratulations on the 30th anniversary of your agency! For three decades now the European Union Satellite Centre (SatCen) in Torrejón has been actively supporting European foreign and security policy and has by now become the prime provider of geospatial intelligence analysis for the European Union (EU). You are going to align the Centre’s evolution with the EU’s increased level of ambition in the fields of space, security and defence. Let us have a look both back and ahead.

Sorin Ducaru: Thank you very much for your kind words, and I gladly accept the congratulations on behalf of an amazing team of expert staff, some of which have indeed been working at the centre since its foundation 30 years ago! We will be celebrating the agency’s anniversary and it is therefore a special occasion to express my sincere appreciation and thanks to all those who have contributed to the amazing development of this unique autonomous operational entity since its beginning. I have to say that I am proud of heading this agency at this special moment not just because of the 30th anniversary, but also because it is a time of important developments for SatCen based on the growing level of ambition of the EU in the field of security defence and space, the fast growing user demand and the opportunities offered by technological developments in the Information Technology and Space domains.

Nannette Cazaubon: What will be the challenges?

Sorin Ducaru: We currently face a double challenge: a continuously increasing demand for analysis services from our customers, who are mainly the Single Intelligence Analysis Capacity (SIAC), EU missions and operations, Member States and cooperating entities like those under Copernicus SEA. And at the same time, we feel the clear need to constantly adjust to the rapidly evolving security environment.

Hartmut Bühl: I remember the day, 30 years ago when SatCen started under the Western European Union (WEU) with – for those days – a visionary concept.

Sorin Ducaru: That is correct – SatCen was created in 1992 as a body of the Western European Union (WEU), incorporated 10 years later into the EU, and is now supporting the Union in the areas of Common Foreign and Security Policy (CFSP) and the Common Security and Defence Policy (CSDP) as well as other polices related to security such as border monitoring.

It was already the original intention at the set-up to provide complex and actionable geospatial intelligence analysis, by exploiting satellite imagery and other relevant data. In fact, in the early 90s, this was indeed as you said, an extremely visionary decision, masterfully prepared by the strategic minds around the WEU Deputy Secretary, Mr Horst Holthoff. We still honour this legacy by having our main meeting room named after him.

Nannette Cazaubon: I would like to know more about the time of the foundation of SatCen. The early 90s saw new conflicts like the Gulf war, with coalition forces around the United States responding to Iraq’s invasion of Kuwait. Did this play any role in the foundation of the centre?

Sorin Ducaru: Definitely – and if you look at the political context of that period, following the Iraq war, there are quite a few similarities with today’s European interest for strategic autonomy. Already then, there was a clear desire to create a more independent capability for situational awareness, for the WEU Member States to have a better picture of the relevant developments around crises events. This is still one of the driving factors for SatCen’s operational work now, to empower the EU and its Member States in informed decision making and actions in the field of foreign, security, and defence policy.

Hartmut Bühl: There is a broad spectrum of activities in the European Union. What interests does SatCen cover?

Sorin Ducaru: We cover the full spectrum of European interests, from political planning and operational decision making to supporting external action in missions and operations. In fact, the support of SatCen to EU missions and operations has increased more than five times in the last two years, like for Operation EUNAVFOR MED IRINI, being currently a very important user of our products.

Nannette Cazaubon: You are one of the few operational entities in the EU working for security and defence. To what extent do you thus consider SatCen an institution predominantly shaped by its impressive legacy, and how has the work changed over the period of three decades?

Sorin Ducaru: That is indeed an interesting aspect. When the Centre was set up 30 years ago –  and this is also what I am told by our staff who experienced those early times of SatCen – the atmosphere was like working for a startup. Everything was new, all processes and product standards had to be created from scratch, and everyone was extremely motived to be able to support this agency from its inception through the initial growth phase.

Nannette Cazaubon: Has this spirit survived?

Sorin Ducaru: I can assure you that you can still feel this startup spirit and it has even amplified over time, keeping SatCen at the cutting edge of technological developments. When I joined SatCen in 2019, I was amazed to find myself in the middle of an extremely vibrant, professional, and motivated team, constantly driving the centre forward, to keep abreast with both the evolving customer needs and the rapidly developing technological tools. This really is a special working atmosphere and experience, and I have much respect for these achievements, especially to maintain such a dynamic climate over such a long period! I had the same feeling when I visited Silicon Valley as a young ambassador in the USA.

Hartmut Bühl: Focusing on the geospatial work itself, could you tell us a bit more about the most relevant changes since the beginnings of the Centre?

Sorin Ducaru: Sure – and this change is really quite evident. It has to do with a dramatically enhanced quality, quantity and speed of delivery of SatCen geospatial analysis products. We benefit from an increased volume of satellite data, with higher resolution from electro-optical sensors and enhanced quality from multi-spectral radar satellites. We combine organically satellite data with other data from air and ground sources and from open sources. And what is key for our improved efficiency and responsiveness, we increasingly employ modern Information Technology (IT) and Artificial Intelligence (AI) tools, not to replace the human analyst, but to empower and amplify the unique value added of human expertise.

Hartmut Bühl: In fact, this evolution is drastically speeding up in the current period, what is your strategy to handle this phenomenon?

Sorin Ducaru: We are now contracting archive and streaming services, have constant and near-real time access to new imagery, and even employ pre-analysis services offered by innovative data providers as well as AI tools, co-developed by our own IT experts in-house. Due to these developments, the productivity of SatCen is increasing substantially.

The adaptation of the Centre to the evolving operational reality has been achieved thanks to the professionalism of its staff; underpinned by state-of-the-art training; by cooperation with Members States and the European Commission; and with help of specifically developed IT tools and infrastructure. Another important aspect in the development of SatCen is the increase of users.

Hartmut Bühl: Who are the users and in which administrative form are you cooperating?

Sorin Ducaru: From Member States to EU institutions and bodies, and other international organisations, upon specific mandate from Member States. SatCen has developed valuable cooperation within different components of the EU Space Programme, being the entrusted entity for the Copernicus Support for External Action (SEA) and the Front Desk for the EU Space Surveillance and Tracking (SST) consortium. Furthermore, in the framework of EU research and innovation initiatives such as Horizon Europe, it has successfully applied and delivered projects relevant to its core mission. We have developed important partnerships with the EU Commission, the European Defence Agency (EDA) and the European Space Agency (ESA).

Nannette Cazaubon:  To what extent does all this high-tech help in providing better services? I assume that it is not a purely technological necessity to adapt to the IT revolution…

Sorin Ducaru: …yes, indeed Ms Cazaubon. On the one hand, the new IT opportunities are absolutely necessary to simply manage the ever-growing amount of data we are handling. The availability of imagery and collateral data has been increasing exponentially: just the mere size of one single satellite data set could not even be processed with the computer capacities from just a few years ago.

It is both speed of delivery and resolution of imagery data that keep improving, making our business constantly more complex and increasingly fast-paced.
On the other hand and at the same time, the new IT tools help to pre-define certain areas of interest, to set up semi-automatic alert services, and to request and integrate first-level analysis from commercial providers and other partners, which in turn help our dedicated specialists to focus on the most value-added parts of the analysis chain.

Nannette Cazaubon:  How are you optimising the processes to achieve what results?

Sorin Ducaru: Today, we employ AI and Big Data tools to optimise our data management and the tasking and analysis processes. This way, we manage to provide more, faster, and better analysis to all our customers, improving their situational awareness on the basis of our operational support services.

Hartmut Bühl: I would like to ask you about the political context of your work: the EU and its Member States are working intensely on the forthcoming “Strategic Compass” – to what extent does this interact with your field of responsibility or has an impact on your mission?

Sorin Ducaru: SatCen as an operational entity is firmly embedded in the political context, and its enshrined in our founding document, that the Member States perform the political guidance and supervision, while the High Representative provides the operational direction.

Regarding the Strategic Compass specifically, SatCen contributes directly to its four dimensions through the centre’s core mission, namely: supporting EU crisis management through its geospatial analysis; increasing responsiveness and operational readiness; optimising strategic foresight and strengthening European resilience. This is reflected in its operational lessons learned during crises like the ongoing pandemic, as well as through its role in the Space Surveillance and Tracking (SST) activities when linking security from space with security in space. The Centre helps to reinforce EU partnerships through the mandated support for the UN, OSCE and OPCW. In addition, SatCen continuously invests in capability development to remain at the cutting edge of relevant technological developments, like with the mentioned AI and Big Data from space technology.

Nannette Cazaubon: Increased global instability, growing strategic competition and complex security threats produce greater demand and need your attention. Are there any specific challenges you foresee for the further evolution of the Centre?

Sorin Ducaru: Demand for support has actually multiplied over the past years, and we estimate that this trend will further increase in the near future. Furthermore, the current Covid-19 pandemic has highlighted the specific value of space assets and geospatial analysis capabilities in times of crisis, especially when ground access and mobility is severely impacted.

The European Union is increasingly taking over more responsibility for its own security and in the field of defence. The Centre is ready to meet these new challenges and to continue its close and trustful collaboration with our partners. Our mission remains to provide comprehensive situational awareness and to match the EU’s increased ambitions in external action, as reflected in the Strategic Compass debate.

Hartmut Bühl: Mr Ducaru, thank you very much for this conversation.