The future of European defence: beyond EU and NATO 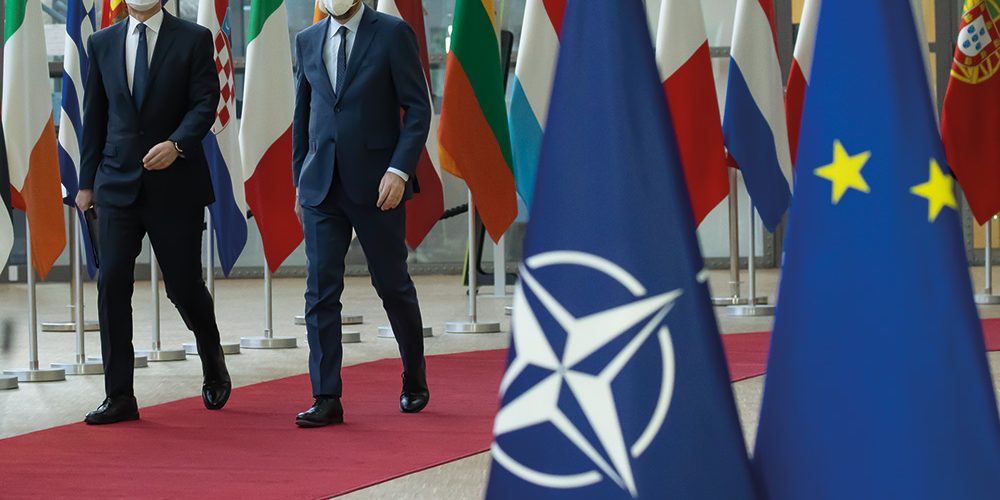 Since 2016, European defence cooperation has made great leaps forward: the EU has launched the European Defence Fund (EDF), started cooperation within the framework of PESCO (Permanent Structured Cooperation), and the Coordinated Annual Review on Defence (CARD) now allows EU Member States to better identify and fill capability gaps. At the same time, NATO has announced the DIANA (Defence Innovation Accelerator for the North Atlantic) programme to strengthen capabilities.

After years of inertia on long-term defence planning, it seems that Europeans are now addressing security and defence challenges more systematically, while European defence cooperation in the early 2010s was mostly driven by immediate crisis management in the neighbourhood based on instruments rather than strategy. It is promising that European states are finally making use of institutional mechanisms, which shows that they are willing to make Europe more than a paper tiger in international security.

In this light, another trend in European defence may seem paradoxical: in parallel to the new institutional initiatives, the landscape of European defence cooperation has been characterised by the emergence of several ad hoc formats, often called “coalitions of the willing”, such as the European Intervention Initiative (E2I), the task force Takuba in Mali, or the European-led Maritime Awareness in the Strait of Hormuz (EMASOH). These formats have been harshly criticised, as some see them as an alternative and hence an obstacle to long-term defence integration through the institutions. However, a closer look at their actual purpose reveals that this is not the case – and that, on the contrary, these formats can enhance European strategic autonomy and crucially strengthen European defence cooperation.

The new formats, launched outside the existing institutional frameworks, bring together a group of states who have already agreed on an objective and a method to attain it, while enabling them to do so with only a minimum of organisational structures. This effort seems promising when rapid decisions and actions are needed and major disagreements among EU Member States complicate joint action due to the unanimity requirement for decision-making in the Council of the EU. The task force Takuba, a unit composed of European special forces to enhance the fight against terrorism in Mali, underlines this: while it was politically impossible to obtain a more robust mandate for a CSDP mission in Mali, deploying forces to the task force, which is fully integrated into the French mission, Barkhane, allows European states to jointly step up their military commitment if they wish to.

… to “coalitions of the ambitious”

Yet, especially those states emphasising the long-term goal of creating a federal European State, fear that these ad hoc European defence coalitions might curb efforts of defence cooperation throughout the EU. According to this argument, these formats could prompt groups of states to opt for the faster, more flexible and more convenient coalitions of the willing and therefore reduce incentives to cooperate through the CSDP. Likewise, NATO Secretary General Stoltenberg continuously underlines that European allies should refrain from creating new structures, but rather invest their resources in stepping up capabilities. Nevertheless such claims ignore the fact that coalitions of the willing have emerged precisely because of the absence of consensus within institutions to tackle a security challenge. These coalitions could even be labelled “coalitions of the ambitious”, as they often bring together the states willing to commit to more joint action than the minimum consensus would allow. In other words, their launch allows Europe as a whole to move beyond a defence policy of the lowest common denominator, and this is globally good news.

Besides their adaptability to specific security challenges, formats of European defence cooperation outside the institutional frameworks offer more flexibility in terms of membership: both the task force Takuba and the European Intervention Initiative bring together European states independently of their institutional membership, namely as members of  the EU or  NATO or both.

Accordingly, they can serve as a tool to enhance the capacity of Europeans to act together in international security beyond these institutional frameworks, for instance through strengthening interoperability or fostering the emergence of a common strategic culture. Particularly in the context of post-Brexit Europe, this is a promising tool to circumvent the politics of Brexit, which make meaningful institutionalised EU-UK cooperation in the field of defence policy impossible for the time being. Nevertheless, British and European security objectives converge in many areas, for example the Southern neighbourhood. As cooperation through NATO in this region appears less likely due to the strong focus of the US on the Indo-Pacific, coalitions of the willing can bring Europeans closer to attaining shared objectives. Consequently, European security becomes to some extent detached from institutions and is conceptualised as “security and defence of European countries”.

New formats of cooperation are an add-on