A rising China reshapes the Asia-Pacific 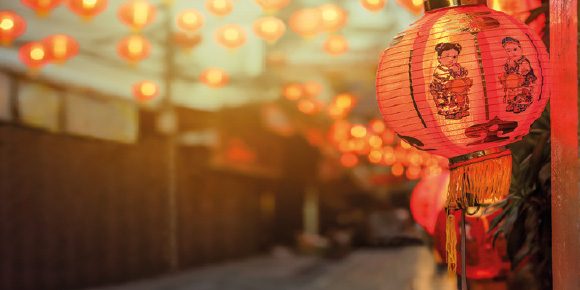 The coming decade will see increasing competition between the United States, which has been the global superpower since the end of the Cold War, and a rising China. This competition will have a different dimension compared to US/Soviet rivalry during the Cold War as the Soviet Union posed a strategic and political challenge, but it was an economic pygmy.

By contrast, China’s prowess as a global exporter, centre for engineering innovation and manufacturing hub is enabling it to develop a significant edge in emerging and disruptive technologies such as the development of artificial intelligence and autonomous systems, hypersonic missiles, and the use of dual use technologies in biotechnology, robotics and quantum technology. Foreigners are mesmerised by the command and control capabilities of the Chinese state and often fail to recognise that this achievement is a result of the cooperation between its private and public sectors. Whereas US/Soviet competition was between two fundamentally incompatible systems, the US and China are competing within a single global system.

US/China competition will occur in the Asia-Pacific, reflecting the shift from a world dominated by the Atlantic Ocean in the twentieth century to one shaped by the Pacific Ocean. While regional states hope for a modus vivendi between these two powers, the parameters for competition are still unclear and there are major risks ahead. They seek good relations with both the US and China and hope that the two powers can cooperate in areas of common global interest such as climate change, freer trade and sustainable development. The management of relations with the United States and China will be a critical test for ASEAN, Japan, South Korea and other regional states.

ASEAN summits with the US and China

China and the ASEAN states held a virtual special summit on 23rd November 2021. Chinese President Xi Jinping attended for the first time since he took office. Xi said that China would never seek hegemony nor take advantage of its size to “bully” smaller countries, and would work with ASEAN to eliminate “interference”.

The summit closely followed a US/ASEAN virtual summit on 26th October. While US President Biden’s presence marked a return to engagement with southeast Asia after a four year American absence, the focus was on security concerns, including “maintaining a free and open Indo-Pacific” and addressing common challenges on maritime issues. The lack of attention to trade and economic issues highlighted the difference in China’s approach. In reaching out to its neighbourhood, China’s Belt and Road Initiative (BRI) has emphasised infrastructure development assisted by Chinese loans, even though China’s critics highlight the unsustainable debt burden and the use of Chinese state owned corporations in development projects.

China shares land boundaries with fourteen states and historically was focused on its western borders, the source of recurrent threats to Chinese dynasties. Even today, Uighur and Tibetan separatism are a major worry, although the unfinished civil war problem of Taiwan ranks first in China’s priorities.

Although China is wary of the Turkic linguistic and Muslim religious links of the former Soviet republics on its border with its Uighur minority, it has cultivated them through the establishment of the Shanghai Cooperation Organisation (SCO) and participation in the BRI. China’s de facto alliance relationship with Pakistan continues while ties with Iran have been nurtured. China’s Foreign Minister hosted the Taliban’s head of its Political Commission Mullah Abdul Ghani Baradar in China in July 2021, even before the Taliban seized power.

China’s challenges in the Indo-Pacific

Despite the American defeat in Afghanistan, China remains concerned about the threat of encirclement. US naval and air superiority highlights the importance of the maritime domain in current US/China global strategy. Without much fanfare, China’s navy has rapidly expanded. China’s extensive claims in the South China Sea are contested both by other claimant states in the region as well as external powers like the US, Australia and the United Kingdom, which are exercising freedom of navigation and overflight through these waters. If it succeeds in these territorial claims, for the first time in its history, China will be a maritime as well as a continental power.

Recent American moves to increase the visibility of the US Navy in the western Pacific reflect American wariness of Chinese ambitions. From a Chinese perspective, four challenges are particularly significant.

Secondly, the South China Sea is a major area of political contestation. In Southeast Asia, China’s political relationship is closest with the mainland states of Myanmar, Cambodia, Laos and Thailand, which share borders with China or are geographically close. By contrast, the maritime states of Indonesia, Malaysia and Singapore have excellent trade and economic relationships but are wary of being too closely tied to China, a sentiment shared by Vietnam and the Philippines, which contest Chinese claims in the South China Sea. Under the Biden administration, the US has moved to strengthen relations with these states and is perceived as balancing a rising China.

Thirdly, the strait of Malacca and of Singapore are a potential choking point for Chinese naval and commercial vessels. Interdiction by its adversaries could adversely impact Chinese trade with the Middle East and Europe, especially oil and LNG imports. China has attempted to overcome this potential obstacle by building ports facing the Indian Ocean in Pakistan, Myanmar and Thailand, and connecting them to China through an ambitious road and railway network.

Fourthly, miscalculation in the handling of Taiwan remains the critical challenge in the Asia-Pacific. While China insists on its ‘One China’ policy, including Taiwan as part of China, it has acted with restraint, even with the coming to power of the pro-independence Democratic Progressive Party in Taiwan. US and Japanese policy makers need to recognise that pursuing independence for Taiwan is a ‘red line’ for China.

Managing China’s rise Unlike the Cold War, where alignments were clearly drawn, this competition will result in fluid coalitions and shifting allegiances. While Europeans talk about developing an Indo-Pacific policy or countering Chinese strategies in Asia, greater attention should be given to China’s role in Europe. There has been a lack of recognition that China is now the world’s second largest economy, the largest exporter by value and a growing hub of technological innovation. China will increasingly seek to shape developments in Europe, build relationships with possible allies and neutralise hostile parties. Europeans need to work with China, managing the challenges posed by a rising power.