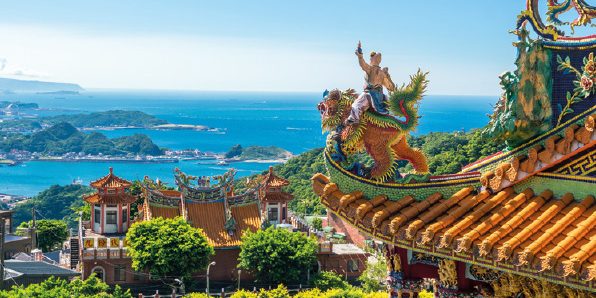 by Hideshi Tokuchi, Professor, President of the Research Institute for Peace and Security (RIPS), Tokyo

Today, the Taiwan Strait is a frontline of the systemic rivalry between the US and China. Taiwan is not only a vibrant democracy but also a success story of democratic governance to deal with the Covid-19 pandemic. Taiwan is also important from the economic security perspective as a centre of the semiconductor industry. It is indispensable in this digital age.

Reportedly, Paul Wolfowitz once said, “Taiwan is Asia’s Berlin,” but today’s Taiwan is in a much more difficult situation than West Berlin in the Cold War days.

Firstly, the US security commitment to Taiwan remains ambiguous.  It seems clearer than before, but President Biden has not said, “Ich bin ein Taiwaner” compared to President Kennedy’s strong call to Berlin’s population in 1962: “Ich bin ein Berliner”.

Secondly, the former Soviet Union did not claim West Berlin, but China never abandons its determination to take Taiwan as its own territory.

Taiwan’s geography between the important sea routes, ie the South and East China Seas, could not be overstated for Japan’s national security. As Japan is a maritime country scarce in natural resources and much dependent on foreign trade, freedom of the sea is critical for the survival and prosperity of Japan faced with China’s maritime expansion.

Thirdly, Taiwan is a touchstone for security. Taiwan is part of the first island chain to check China’s expansion to the Pacific. If Taiwan falls under China’s rule, the Chinese military will easily enhance its presence in the Pacific and operate more actively over there.

Taiwan is so close to the Japanese territories such as the Senkaku Islands that Japan would be inevitably affected by military contingencies involving Taiwan. Taiwan and the southwestern island region of Japan should be regarded as one single theatre. Australia’s defence minister is more candid on this point than the Japanese. He said, “If Taiwan is taken, surely the Senkakus are next.” As the US military would have to operate from Japan in Taiwan contingencies, Japan’s wartime host nation support to the US forces would be critically important. Also, Japan would have to help more than 20,000 Japanese nationals in Taiwan evacuate.

Last year the word “Taiwan” was used in a number of international documents including the Japan-US Joint Leaders’ Statement of 16th April, the Carbis Bay G7 Summit Communique of 13th June and the EU Strategy for Cooperation in the Indo-Pacific of 16th September.

When the Taiwan issue was touched upon in the Japan-US Statement, it was pointed out in Japan that it was the first time in the Japan-US bilateral statements at the leaders’ level since the Japan-US Joint Statement of November 1969 between US President Nixon and Japan’s Prime Minister Sato. It is true, but the context is completely different. In the late 1960s, the focus was much more on the security of South Korea and on the settlement of the Vietnam War than on Taiwan. Also, as Okinawa was under US occupation, the US forces freely used bases in Okinawa for combat operations elsewhere. Therefore, reference to Taiwan in the 2021 joint statement is very special.

The Government of Japan regards Taiwan as an extremely crucial partner and important friend, but it carefully avoids discussing a security partnership with Taiwan. The Japanese public did not pay much attention to Taiwan in security terms for a long time. The situation, however, is changing. In order to cope with the pandemic, Taiwan provided a large number of mouth coverings, protection gears, oxygen concentrators and pulse oximeters to Japan, and Japan presented millions of doses of the AstraZeneca vaccine to Taiwan. To say the least, Taiwan and Japan are health security partners now. Also, a Japanese public opinion poll conducted in April 2021 indicates that 74% of the Japanese are in favor of Japan’s engagement with matters pertaining to the stability of the Taiwan Strait.

As the tension between China and Taiwan is rising, Japan will have to squarely face the issue of peace and stability across the Taiwan Strait as a matter of Japan’s own security, but this challenge is not just a matter of Japan or of the Indo-Pacific region. It is a global issue in view of the great powers’ systemic rivalry.

Partnership with Taiwan is increasingly important in order to maintain and strengthen the rules-based liberal international order as the US-China rivalry is over the difference of their world views. From this perspective, it is a natural progression that the EU Strategy has regarded Taiwan as a partner.

Today’s China is very different from the former Soviet Union in the Cold War era. China is an attractive business and trade partner to many countries. It is already integrated in the world economy as an indispensable player. According to a survey conducted by the Japan External Trade Organization (JETRO) from October to December 2020, the number of Japanese companies willing to expand overseas business in the next three years is at the lowest (43.9%), but 48.9% of them would like to expand their business with China. China remains the top priority. Although attention to Taiwan is rapidly growing and it is in the top five countries/areas, the percentage for Taiwan (33.3%) is much lower than that for China.

Japan will be forced to make a difficult choice should a Taiwan contingency take place. To say that national security interests should prevail over short-term economic benefits is easier said than done. The same will probably be true for many other countries.

Capitalising on the increasing attention of the international community to Taiwan in security terms, those trying to uphold the rules-based liberal international order, including EU countries, NATO countries and Japan should be united to raise their respective public awareness of the critical importance of the Taiwan issue for their own national security.

Hybrid warfare just like the one Russia has engineered in Eastern Europe may be conducted by China against Taiwan. If so, democracies in Europe and Asia should cooperate to counter the common challenges.  In doing so, a holistic approach is indispensable. Military, diplomatic, intelligence, law enforcement, economic and all other instruments of their national power should be integrated to maintain the rules-based order.