Europe and the sea 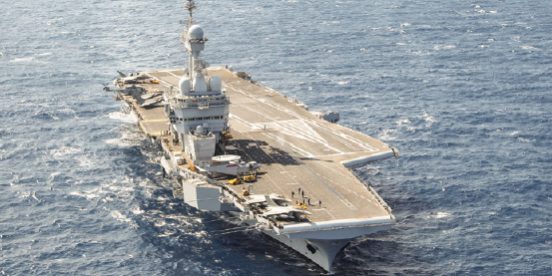 The European: Admiral, in your book “Amiral – Le sel et les étoiles” you have succeeded in describing the multifaceted profession of the sailor with all its lessons and dangers. What are the differences between the sailors of yesterday and those of today?

Alain Coldefy: The evolution of society in terms of education, social behaviour, attitudes towards one’s professional life, has resulted in a similar evolution among seamen of all ranks, aboard warships, surface vessels or submarines. Notions of “idealism” and “vocation” have not disappeared, but it is clear that in the 21st century, the work/life balance, essential compromises within a couple in terms of work and salary constitute a big change. In addition, sailors’ communications on social networks are hardly compatible with the discretion required for operational deployments. So, our young sailors, including officers, have to be educated in such matters.

The European: And how has the French Navy managed the feminisation of crews?

Alain Coldefy: There has been no particular difficulty as long as women’s accommodation was part of the initial design. Today, all surface vessels have mixed crews and the generation of “Barracuda”  nuclear attack submarines – the first SNA, Suffren, is currently in testing – is designed to take on board female personnel.

The European:  The French navy enjoys an enviable status in the population. Is this reflected in the investment budget? What line do you take on technologies of the future?

Alain Coldefy: These are indeed the essential issues.  Let me give you some short answers: First, it is true that the French Navy enjoys great popularity among the French. Second, investments are guaranteed, but there are still two permanent weak points: the ability to maintain high intensity combat over a long period and the inability to protect all maritime areas under our national jurisdiction. And third, for the technologies of the future, it is a question of making the right choices: on-board drones, cyber ships protected by design, all areas that are currently being implemented.

The European: What distinguishes the French Navy from the navies of other EU Member States?

Alain Coldefy: The French Navy is the only navy in Europe that has the triptych of the following vessels: nuclear powered aircraft carriers capable of delivering nuclear weapons (Nuclear Carrier Vessels/CVN); nuclear missile submarines (Nuclear powered Submarines with nuclear Ballistic missiles/SSBN), and nuclear attack submarines (Nuclear powered Submersible Ships /SSN). The five permanent members of the UN Security Council have similar warships, but among them, the French navy is autonomous in nuclear armaments. This is not the case of the United Kingdom, which completely depends on the US Navy for its deterrence and, in addition, has no CVNs.

The European: And what about more traditional vessels such as frigates?

Alain Coldefy: Frigates are a good example: some EU countries have ships in this class that are equivalent in quality and sometimes higher in number to our own.

The European: What is the reason for France’ self-confidence in its national capabilities as a sea power even with restraint means? Does it simply feel pride of being owner of the so called “France Maritime” covering France’s overseas territories?

Alain Coldefy: The reality is that, thanks to its overseas territories, France has the second largest ​​Exclusive Economic Zone (EEZ), nearly 11 million km² under its total jurisdiction, just a few km² short of the United States’ zones. Paradoxically, only strategists realise its true value!

The European: France has therewith obligations towards its overseas territories and guarantees their security. Is France able to protect them?

Alain Coldefy: The military might of its navy is only the final building block of a nation’s sea power. It comes on top of geographic, historical, political, cultural, social, scientific and commercial factors. Finally, we should not forget our merchant fleet, even if it has a different rationale.

The European:  In that case, protection means projection. Are there enough power projection capabilities?

Alain Coldefy: When it comes to the projection of French forces, I am confident there is a real capacity for their projection.

The European: Should it come to two parallel missions, France’s forces would be overstretched very quickly. Wouldn’t it be good to have a “standing” EU Naval Group for such cases?

Alain Coldefy: In reality, in the logic of a national policy based on two pillars, strategic decision-making autonomy and loyalty to alliances including the Atlantic Alliance, the French Navy has been reconstituted around nuclear deterrence and aircraft carriers since the end of post-colonial conflicts. Another consideration has been the protection of the territorial waters and exclusive economic zones of our overseas territories.

Partnership with other European nations, however, is increasingly necessary in the maritime area. But here, it’s not just for France to adapt.

The European: You refer in your book to the irreplaceable cooperation with the Royal Navy. Can Europe really count on the Royal Navy in case of need? London is apparently going its own way in defence and security, as it demonstrated a few months ago by ejecting France from an armaments contract with Australia.

Alain Coldefy: Yes, of course, you are referring to the AUKUS, the defence treaty between Australia, the UK and the US that was signed some months ago. This was indeed an undignified event. However, if we focus on Europe rather than the Indo-Pacific region, the UK has always had its own defence and security policy, partially independent given its ties to the US, but has constantly reaffirmed its participation in European defence.  The UK is a member of the “European Intervention Initiative” (E2 I) launched by France outside the EU institutions in June 2018. I am very confident that Europe will be able to count on the UK and its ability to operate with its allies.

The European: In reality though, is it not true that the UK will not be a part an integrated and veritable “European Maritime Power” on the basis of the EU Commission’s Green Paper on EU maritime policy? I detect a certain scepticism in your book about the integration of French forces.

Alain Coldefy: There are only a few concrete elements in the European Union’s integrated maritime policy paper. It refers to defence in the context of maritime surveillance, but that’s about all. Having a European identity of any kind recognised within NATO remains difficult, but we have every right to hope that when it comes to concrete maritime issues, there will eventually be more cooperation between partners.

The European: But no integration!  You justify this in your book by saying that the French fleet must remain independent as the main component of the French nuclear deterrent, which is not divisible, as your President confirmed on 17th February 2020.

Alain Coldefy: French deterrence is based on forces on permanent alert (the strategic air forces), forces on permanent operations (the strategic oceanic force) and a force on call, the nuclear naval air force. It is easy to understand that these forces, in particular those operated from the sea, must be permanently available to the Head of State. France has therefore had to find an operational link, even if our European partners are not entirely happy with it. France participates in NATO and EU operations, in which the coalition is shaped by the mission. But France also has strictly national operations.

The European: But what does this relative independence mean for European strategic maritime cooperation?

Alain Coldefy: You are right to speak of “relative” independence, because the strategic autonomy requested by France clearly distinguishes between independent national choices with full knowledge of the facts and the indispensable military cooperation in operations that very few countries can carry out alone beyond a certain level of commitment. Strategic maritime cooperation is based on the same principles

The European: But how can EU Member States be encouraged to make the EU a real maritime power, combining parts of national naval forces into a standing naval force, as air forces and armies are doing? What is the scope for France to participate in such a project?

Alain Coldefy: I am indeed sceptical and I have my reasons:

while the mine warfare force has played a real operational role, the frigate forces have never opened fire. Of course, there are permanent groupings like AWACS, the NATO surveillance system and the air transport group in Eindhoven, which are up and running, but, for whatever reason, there is no permanent multinational combat air wing. Moreover, the Franco-German brigade, that was formed in 1989, has never been engaged, as such, in operations. I therefore do not believe in a permanent European naval force except in the aforementioned fields of mine warfare and the armed surveillance of European economic zones.

The European: And for the “fishing war” between the UK and France after Brexit?

Alain Coldefy (smiling): A nice symbol would be to entrust the maritime prefect of Cherbourg – a Vice-Admiral – with Dutch frigates to patrol the disputed fishing grounds between the EU and the United Kingdom! Why not?

The European: Is it more than a vision?

Alain Coldefy: Well, any vision requires a single and shared political concept. The same goes for the utopian ”European Army” as long as essential topics like nuclear weapons, intelligence and industry are not yet – unfortunately – on the table.

The European: I sense a clear rejection of such constructs. But, coming at it from another perspective, is the naval rearmament of the great powers not worrying?  Does it not require the Union to react?

Alain Coldefy: Extremely worrying and even dangerous for Europe!

The European: In which oceans do you feel exposed?

Alain Coldefy: There are two areas that hold my attention: First, the Indo-Pacific zone, where China is in the lead. It builds the equivalent of the French fleet every four years and aims eventually to have six American size aircraft carriers. Second, the Mediterranean, where Algeria is making a considerable effort to modernise its fleet with submarines and missiles.

The European: What threats do you see?

Alain Coldefy: There is definitely a new threat to our energy supplies as well as the global scope of our trade. Finally, there are also new weapons – hypersonic missiles, cyber warfare, etc. But, as in the past, the submarine threat is the most dangerous and will remain so.

The European: What lessons should we learn from all this?

Alain Coldefy:  There is a very wide-ranging area of strategic thinking and financial commitments that it would be smart to broach with those Europeans who are willing to engage in it.

The European: Admiral, let me turn to a public “domain”:  You are the president of the SMLH (Société des Membres de la Légion d’Honneur) that brings together the holders of the most prestigious decoration awarded by France for the past 200 years: la légion d’Honneur. What is the purpose of your society?

Alain Coldefy: In addition to the obvious missions of promoting the values ​​of France, of supporting and helping our elders who have served the country, the duty of the SMLH is to develop national cohesion, primarily social cohesion and ​​the link between generations. It is in the spirit of First Consul Bonaparte, who, in 1802, wanted this decoration to reconcile the French after the years of revolution and civil war.

The European: Admiral, thank you for this conversation.