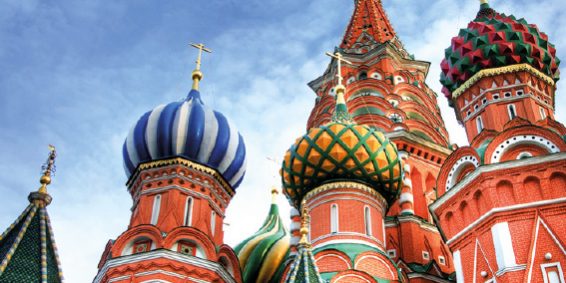 The recent draft security treaty presented by Russia proposes bilateral guarantees between Russia and the United States (US), with the aim of severely restricting NATO’s reach and any attempt to extend it closer to Russia. This applies to the territories of the former Soviet Union, countries of Eastern Europe and the Baltic states or other countries bordering on Russia. Many of them have already joined NATO, while others are seeking NATO membership.

It is not entirely clear if President Putin’s goal is to restore the geopolitical situation that prevailed before the dissolution of the Warsaw Pact, but in any case, the President is clearly affirming Russia’s status as a geostrategic power on a par with the US since the text does not even mention the European Union (EU).

It is often said that defence policy is a tool of foreign policy, and it is quite usual for a state to use it to support its negotiations with an interlocutor, which it thus puts in a position of inferiority. For its part, the EU is loath to use the threat of force to achieve its political objectives. This is due to the peaceful intentions on which it was founded after the second world war and to an ethic linked to the very nature of democracy. But even if it wanted to, it would be incapable of doing so, because its means are limited, and it is deeply divided on the use of force. In this regard, the EU does not scare anyone…

Europe is therefore taken aback that Russia has resorted to a kind of 21st century “gunboat diplomacy”. We cannot fail to see the link between the spectacular deployment of Russian troops on the Ukrainian border and the draft security treaty presented by President Putin. Of course, in the days of the USSR, the Donbas was at the heart of its defence industry and an important economic hub with a Russian-speaking population. But is this the real reason for the crisis? On the part of a Russia, which does not hesitate to show its strength to get what it wants, this draft treaty reveals a desire for geopolitical negotiation more than a desire for territorial reconquest.

If this interpretation is accepted, the Russian military is simply engaged in a game of politico-strategic posturing and the invasion so dreaded by NATO headquarters will not happen!

Let us therefore be bold enough to adopt this hypothesis, even if it is not shared by the operational planners of the Supreme Headquarters Allied Powers Europe (SHAPE) and the officials of the European External Action Service (EEAS). They are simply doing their duty by considering possible reactions to a possible Russian offensive.

However, as this proposal is largely about security in Europe, should the EU not be a privileged partner in the negotiation?

For the moment this is clearly not the case. Putin is studiously ignoring the EU as such and considers its 27 Member States as “vassals” of the US within NATO. This is not entirely untrue, as the EU hardly has the weight of a geopolitical player within the Atlantic Alliance. However, as curious as it may seem, the EU does not seem to take umbrage either at its lightweight status within NATO, nor at Russia’s snub of ignoring it completely. It remains silent, hiding behind the US and not realising that this proposal is principally about its own security.

The EU has simply not grasped the subtlety of President Putin’s manoeuvre, addressing it in a subliminal way and expecting a response from the US which, in his eyes, will also be that of “Europe”, in its broadest but also its most ambiguous sense.

In fact, while expounding the idea of ​​a balance to guarantee security, the text looks favourable to Russia. It says that NATO must not extend its influence to the edges of its western border and must cease to be the threat that Russia, rightly or wrongly, sees it as. In the 2000s, NATO, unfortunately, made an ill-considered commitment by referring to the vocation of Ukraine and Georgia to eventually join the Alliance. This is clearly a red line for Russia and could encourage it to go a lot further than simply engaging in politico-diplomatic posturing at the Ukrainian border.

A wake-up call for the EU

The US seem to have already rejected Putin’s approach. And yet hasn’t the time come, at least for Europe, to swap its posture as an adversary for that of a strategic partner?

The Russian regime is, of course, far more autocratic than democratic. So what? Is this a good enough reason to refrain from a dialogue in which everyone has an interest? Is it not axiomatic that we always have an interest in negotiating with our opponents and even our enemies? What this is all about, after all, is peace in Europe … May the EU open its eyes and cease, under the false pretext of loyalty to NATO, to work against its strategic interests. The EU Member States should not follow the US – if this is their intent – in a spiral of confrontation with a Russia on which it depends, in particular for energy. But nor should they condone any attempt by Russia to reconquer lost territories. The more this infernal spiral develops, the more Russia will harden its position and stir up nationalist exaltation reminiscent of an era that was believed to be over.  This tragic march towards a new cold war must be stopped and it is up to the EU to take the initiative.

The EU must assert, within NATO, enough European sovereignty as is necessary for peace and promote, in partnership with the US, diplomatic appeasement with Russia.  Dialogue and negotiation, the very essence of diplomacy, have immense virtues and what is at stake here is the balance between world powers. Peaceful relations between the EU and Russia, and by extension between western countries and Russia, respecting the specificity of each other’s political regimes, are possible if the EU behaves like the geopolitical power it claims to be.