The realignment of US geopolitical objectives in the world 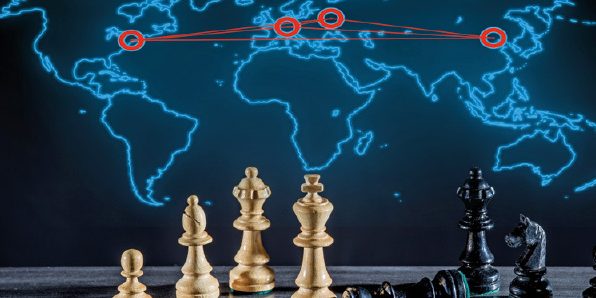 It continues to be an accurate definition of US central geostrategic interest that no power should become so dominant on the Eurasian continent that it dominates the other states and, building on this, can challenge the US in global politics.

The reconfiguration of US policy towards China in the 1970s followed this logic. Henry Kissinger remarked to President Nixon at the time that the rapprochement with China was based solely on containing the Soviet Union, ie pitting the weaker rival against the stronger. “Twenty years from now,” Kissinger continued, “your successor, if he’s as smart as you are, will take it up from the other side and approach the Russians as a counterweight to the Chinese.” He said that in 1972.

As is well known, this rapprochement did not happen. At least not yet. Rather, the US defined the new conflict for world power, similar to the Cold War, as a competition between democracies and authoritarian systems, without Russia being able to prove China’s flexibility so far. In addition, from Russia’s point of view, the territorial zones of influence have not yet been satisfactorily clarified and the American position of power is no longer sufficient to implement a solution that is unfriendly to Russia. It is quite possible that Russia’s goal right now is to force a “Yalta Conference” for the 21st century. In other words, to redefine the zones of influence.

After the dissolution of the Soviet Union, China became the dominant rival of the United States in just a few decades and, according to its own plans, aims to become the international leader in all areas of politics and economics in the next 20 years. The US, it is believed among China’s political class, is a world power in decline and cannot defend its current status as a leading international power either technologically or economically, and therefore not militarily or diplomatically. China aspires to more than a regional sphere of influence. This is to be the basis for global dominance. In order to replace the US as the dominant world power, China is keen to maintain good relations with Russia.

On the contrary, US and Russian interests still clash in Europe, as the US seeks to keep the transatlantic counter coast in its network of allies, while Russia pursues three goals in parallel. First, it wants to bind the former Soviet Union states – Ukraine, Belarus, Georgia, and the three Baltic states – very closely to itself, in whatever form can be implemented without full-scale military confrontation. Second, Russia seeks to dismantle the European Union to eliminate a competitor with influence over eastern Europe, which is why Polish EU policy is so significant. Third, Russia seeks formative influence over Europe through energy and security relationships. The US recognises this counteraction by Russia and is eager to tie its allies more closely to itself. However, this clashes with central orientations of US policy towards China.

The geostrategic orientation of the US

The two free trade areas, Trans-Pacific Partnership (TPP) and Transatlantic Trade and Investment Partnership (TTIP), were supposed to re-establish the central geoeconomic position of the US, which would have succeeded had President Trump not overturned both projects. Unlike presidents before him and his successor, President Trump minimally valued the contribution of allies and free trade relationships to secure America’s position in the world. Not only was this a wrong decision when it came to strengthening US competitiveness vis-à-vis China, but it also exposed a fundamental shortcoming – at least in the eyes of autocratic leaders – of democracies: periodically, new administrations in the US can enforce new fundamental different foreign and security policy decisions. In contrast, the Chinese Communist Party has strengthened the position of President Xi with a historic resolution, setting the path until 2049, when it wants to become the dominant world power. In the US, six more presidential elections will be held between now and then. In the end, the US TPP project has been replaced by the Chinese Regional Comprehensive Economic Partnership (RCEP).

In the future, the competition for world power will be primarily technological, because economic and military competitive advantages will follow from these innovations. The US and China are now proceeding in parallel ways: both countries are pursuing a policy of locating production in their own countries again. The purpose is similar: the technological progress and production should take place in the home country. Both political leaders are convinced that in the end they will be the stronger economy and thus the power that sets the rules.

The US is more dependent on allies for political and cultural reasons, but also for economic ones. While China is in a position to launch economic projects via its Belt and Road Initiative (BRI) and gradually lead states into political dependence, the US lacks the strategic staying power to do so. The Build Back Better World (B3W) economic initiative for the infrastructure development of low- and middle-income countries undertaken by the Group of Seven (G7) in June 2021 as an alternative to China’s BRI is not yet fully developed. The same is with the Global Gateway which is an EU contribution to narrowing the global investment gap worldwide. It is this difference which will become clear again in autumn 2022, when President Xi will very likely be confirmed as head of the Chinese Communist Party for another five years, while President Biden will have to fear for his party’s majority in the midterm elections. As an aside, the Longer Telegram’s recommendations (American-China Strategy) for action have become very frail with the historic November 2021 resolution. The question of which system can better organise wealth and power is one for both administrations. President Biden has not succeeded in showing American society the way to greater commonality in foreign policy, even though opposition to China’s grip on world power has now found a broad bipartisan base in Washington. The polarisation of American society remains the biggest problem facing the US.

US objectives – a dilemma for Europe?

Major EU states are seeking a balance with Russia and do not want to give up the economic advantages of trade with China. The US is trying to integrate these EU states into a policy more strictly directed against the rise of China. This policy is also directed against Russia, which is to be denied access to eastern Europe. As long as the US does not find a balance with Russia and the US-led alliance of democracies does not become significantly stronger than China and Russia together, this situation will lead to an unresolvable dilemma. It confronts the US with the question of whether it can take on China and Russia at the same time. At present, Americans cannot expect effective support from their European allies because they lack the necessary capabilities. For the US, the differentiation between democracies and autocracies still guides its actions. The question is how long this can be maintained internationally and what repercussions a change in policy will have on the state’s self-image.