A military strategy for the European Union 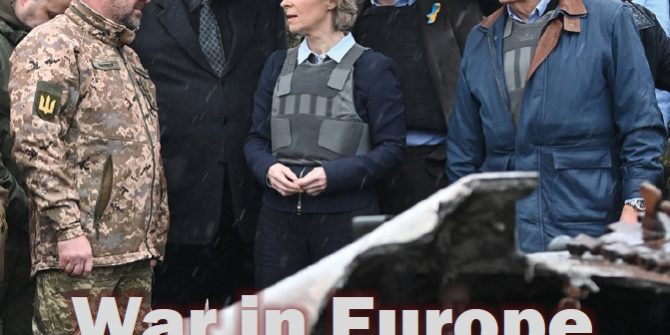 The use of expressions such as the “sovereignty” or “strategic autonomy” of Europe is relatively recurrent among politicians and academics, although it is not consensual. Nevertheless, with the approval of the “Strategic Compass” and for Europe’s sovereignty or autonomy to be effective, it will have to be accompanied by the adoption of a military strategy, enabling the European Union to act in a credible manner in the field of security and defence. Thus, a military strategy will have to combine three dimensions: missions, resources, lines of action.

The purpose of a military strategy

The military purposes of a future military strategy should fulfil the Petersberg tasks foreseen in the Lisbon Treaty and be embedded in an EU integrated approach to conflict resolution. However, the ability to carry out more demanding missions when the vital interests of the EU are at stake must be ensured. These may be conducted autonomously or with other international organisations, in particular NATO. For this, the EU must have its own military capabilities, not least because autonomous action may be the only option.

On military resources, in addition to the EU’s existing political and military institutions, such as the Military Committee and the Military Staff, the military strategy should provide for the existence of a permanent strategic military HQ, which would allow autonomous action in military operations of relatively reduced size and complexity, as well as command and control of non-executive military missions. The existence of this structure on a permanent basis would also strengthen the integrated approach, as it would facilitate the structured development of synergies between the military and civilian dimensions of crisis management.

In this context, it is crucial that the EU assume the development of military capabilities within its framework. The European Defence Agency plays a key role in delivering capabilities, with defence cooperation between Member States having to become the norm rather than the exception. National defence planning should be more aligned to facilitate cooperation in the acquisition and maintenance of capabilities, with impacts on the improvement of interoperability. A military strategy should ensure this is accompanied by the development of actions that align and deepen the common strategic culture of defence among Member States, always subject to a clear line limiting the type of military operations that can be conducted in the framework of the EU or NATO.

The military capability to act in the future

As regards the use of the military instrument, an EU military strategy should emphasise the continuation of support to the training of local forces or advisory activities under the integrated approach. However, it should also consider the likely use in military operations where forces may have to carry out a range of stabilisation activities and, at the same time, conduct offensive and defensive operations, notably against irregular forces, although in relatively small-scale operations (up to a brigade or division, with the corresponding naval and air forces). It will also be essential to assume the need for closer links with NATO, which will enable the EU to conduct medium-scale military operations. For conventional war, or in the context of collective defence, the EU should clearly state that it does not intend to conduct military operations with NATO being the only framework.

The military strategy should also provide a system for financing military operations, an obstacle to the use of the military by the EU, since this is the responsibility of the participating countries. Funding should be fully supported by a common governance tool and the European Peace Facility could provide an opportunity for this.

It will also be essential to make the political decision-making process regarding the use of the military instrument more flexible, another obstacle to the use of the resources already available.

All the above would allow the EU to ensure a military capability to act autonomously in the spectrum of conflict in which it is most likely to become involved in the future, while safeguarding the possibility of participating in more demanding and complex operations. It also avoids excessive duplication with NATO, large expenditure, as well as sharpening internal and external political differences.