Hybrid warfare is a serious threat to European prosperity and security 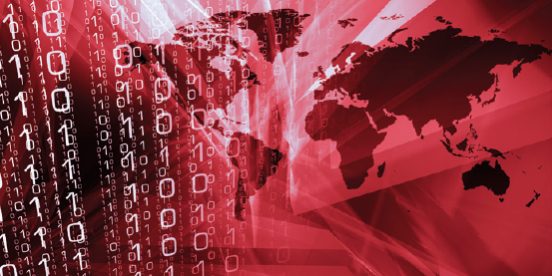 by Ralph Thiele, President of EuroDefense Germany and Chairman of the Political-Military Society, Berlin

The world is in the midst of a tectonic shift. Global competition for security architectures, trade and investment regimes and leadership in new technologies is gathering pace. Strategic goals are also being pursued through the threat and use of open military force. The Russian incursions into Ukraine and the Chinese threats against Taiwan speak a clear language. This is alarming. The European Union must ask itself how well it is positioned to deal with this aggressive dynamic and develop a sense of urgency for innovation and change.

Hybrid warfare – what is it about?

Hybrid warfare is an age-old phenomenon. Yet, new technologies such as 5G, artificial intelligence, autonomous systems, cyber, quantum and space technologies and many other more have a catalytic effect on hybrid warfare. They improve the initial conditions for hybrid actions, expand the arsenal of hybrid actors and thus contribute to increasing the scope of their activities as well as their chances of success. Hybrid aggressors, for example, combine industrial age techniques with cyber operations. They use a system of selected visible and clandestine actions, including social engineering, where the attackers are almost invisible and the target is precisely defined. The particularly vulnerable networks and servers of manufacturers, professional and private users are only the tip of the iceberg. Spyware in national parliaments and security agencies, in critical infrastructures and weapons systems offer attackers enormous opportunities in economic and political disputes. Moreover, not only do state and state-sponsored actors cavort in the networks, but also businessmen, criminal offenders and terrorists. Any of them might explore, steal, forge, coerce and blackmail to gain access to research, trade and state secrets, databases and private accounts.

China and Russia have narrowed their technological gap over the past two decades, in some cases by turning to commercially available technologies more quickly and effectively than their Western competitors and by accelerating their own innovation in the armed forces. In particular, China has undertaken impressive steps towards technological leadership. It already has a head start on artificial intelligence and 5G and is well under way to dominating other technologies such as microelectronics and quantum computing.

Russian President Vladimir Putin’s military interventions in Georgia in 2008, Ukraine in 2014 and Syria since 2015 prove how military force can be used to achieve political goals. No other head of state in the world has such an impressive track record of using military power. Russia is reloaded. Its rearmament over the last decade and a half has been widely ignored by the West. Now Russia finds itself encouraged to use its armed forces as an instrument of power. As a result of its security policy negligence, the West has to stand idly by. It has become vulnerable to coercion and blackmailing.

Russia’s particular strength lies in hybrid aggression – including cyber warfare, information warfare, covert and intelligence operations, influencing the domestic politics of other countries, etc – in combination with military power. This very approach has provided Putin with a wide bouquet of options to push through his political goals. What we have seen in Ukraine is an evolution of previous hybrid approaches combined with the most significant ground, joint and multi-domain warfare Russian forces have been involved in since 1945.

The use of online services such as social media, messenger services or cryptocurrencies has been an integral part of Russian hybrid campaigns and has also been used to fund activists. The focus here is on the misuse of internet platforms for communication purposes, dissemination of propaganda, recruitment and knowledge transfer. Social networks and media have been manipulated for hybrid purposes – from electoral behaviour to terrorist mobilisation. The tools used by Russia include state-controlled media at home and abroad. Social media in particular is susceptible to fake news designed to undermine the trust of western societies in our own institutions and political elites.

Consequently, hybrid scenarios below the threshold of war have gained enormous importance. While hybrid threats used to be the weapon of the weak, the catalytic effect of new technologies and their disruptive potential have made such attacks an effective, previously low-risk instrument of power that will foreseeably become the gold standard in geopolitical confrontation.

No one has described hybrid warfare as aptly as General Valery Gerasimov, Russia’s Chief of Defence Staff, who described it in 2013 as “a clever combination of economic, intelligence and many other non-military and military means [that] can turn a prosperous country into a chaotic torso in a short time”. When Russia first went to war against Ukraine in 2014 after the Maidan uprising, it employed “green men” without insignia on their uniforms. Support for the pro-Russian separatists was accompanied by information operations to conceal truth. Since then, the concept has been further developed. The recent attack on Ukraine is hybrid again. But there is much less ambiguity about Russia’s massive troops, artillery, missiles and air power. The message to Ukraine is: no way to run. No way to hide. The message to the west: stay out.

Already back in 2015, Russian General Andrei Kartapolev outlined a multi-stage approach to modern conflict that obviously has been the blueprint of the 2022 attack on Ukraine. Stage one begins by wearing down the opponent politically, economically and through information warfare, spreading discontent and radicalising and arming opposition. Stepped up diplomatic pressure precedes a comprehensive military strike that finally reaps the hybrid seeds and secures complete control over the targeted state.

Which approach for countermeasures?

Fortunately, new technological developments provide options to better detect, understand, defend against and counter hybrid attacks. As the technological revolution is unfolding at an unprecedented speed, it is therefore crucial to develop a synchronised comprehensive understanding of their implicit dimension. Political, civilian and military leaders and decision-makers, as well as industry and academia, need to come up with a common and comprehensive understanding of the implications of new technologies in the context of hybrid threats. Countermeasures should be driven by a continuous effort, an agile, flexible and comprehensive approach with full involvement of government, state and society.

Currently, Russia is the grandmaster of hybrid warfare. China has established itself as the upcoming world champion in the midst of a number of emerging players such as Turkey, Iran, North Korea and further governmental and nongovernmental actors. As these are making skilful use of inexpensive, commercially available, emerging technologies to further their own ambitions and power objectives, great powers are not the only ones challenged; everyone is – larger and small states, businesses, societies and the ordinary citizen. Peace and freedom, a rules-based order and democracy, prosperity and a self-determined way of life are at stake. Against this backdrop, the EU and its Member States  have been challenged to develop robust, cross-cutting tools and capabilities in order to withstand hybrid stress and shock and to operate successfully in hybrid campaigns, outmanoeuvring capable opponents while preventing escalation to a major armed conflict.

has been the Chairman of the Berlin based Political-Military Society since 1997. He is the President of EuroDefense Germany since 2017 and the Managing Director of Germany’s StratByrd Consulting since 2013. He advises the German Employers Association in his capacity as board member. During his military career, Mr Thiele commanded a battalion and later developed concepts and capability requirements in the Defence Ministry in Berlin. As Commander of the Bundeswehr’s Transformation Command, he shaped the path of German Forces towards network enabled capabilities.