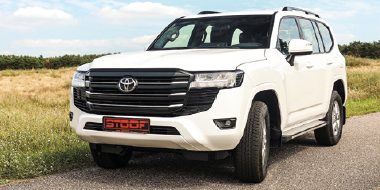 uropean Union operations and missions are deployed within the framework of the EU’s Common Security and Defence Policy (CSDP). In 2003, the EU launched its first military operation to monitor the peace agreement in Macedonia and the operation EUFOR/Althea to oversee the Dayton Agreement in Bosnia and Herzegovina. Since then, 22 civilian, 11 military and one mixed missions have been launched. Currently, there are seven ongoing military missions or operations and 11 civilian missions; about 5,000 people are deployed. EU missions operate in the framework of a comprehensive approach and in close coordination with EU delegations in the region. Decisions to deploy a mission are taken by the Foreign Affairs Council.

Adapting vehicles to the need on the ground

These missions and operations often take place in a less permissive environment. Therefore, the personal protection of military and civilian personnel is of utmost importance. Driving on heavy terrain, in an often-unfamiliar environment requires civilian vehicles which, thanks to their inconspicuous appearance and high material protection factor, allow EU personnel to carry out their mission with a maximum of personal protection and safety.

Stoof International GmbH is one of the world’s leading companies, which has gained a great reputation through the production of civil armoured vehicles. Having established cooperation with the EU for years, numerous vehicles have been produced for the special requirements of EU personnel participating in challenging missions and operations. The Land Cruiser LC 300 has recently become available as the successor to the Land Cruiser LC 200. The material used for armour, steel, aramid and glass has been tested by independent German authorities. A specially developed chassis ensures reliability and safety on any terrain. The vehicles are certified according to VR7, VR9 and NATO STANAG. Maintenance is supported in the best possible way by a worldwide service network.

We understand the challenges of EU missions and operations and stand by our responsibility for the protection and safety of each and every participant.

“We understand the challenges of EU missions and operations and stand by our responsibility for the protection and safety of each and every participant.”