Nuclear proliferation in the Middle East and North Africa? 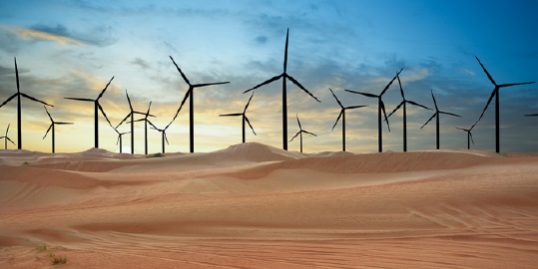 by Gerhard Arnold, Theologian and Publisher, Middle East correspondent of this magazine, Würzburg

mong experts, it is disputed whether the Iranian leadership is aiming to possess nuclear weapons at the earliest possible opportunity or just lay the groundwork to be able to produce them at short notice. It is also unclear whether Iran is serious about returning to the Joint Comprehensive Plan of Action (JCPOA) of 14th July 2015, better known as the Iran nuclear deal.

Regardless of the outcome of the ongoing Vienna negotiations, Iran could in any case only be prevented from producing highly enriched uranium for a limited period of about eight years. Like North Korea, it could then withdraw from the Non-Proliferation-Treaty (NPT) and become a latent nuclear power.

This circumstance, plus its aggressive foreign policy of sponsoring Shiite terrorist groups, make Iran a high-problem country for its Gulf neighbours. But are there also signs that states in the Middle East and North Africa region (MENA) are interested in, or actually seeking to produce, nuclear weapons?

Last year, the United Arab Emirates commissioned the first of four neighbouring nuclear reactors to generate electricity. From a Western perspective, nuclear power generation by states on the Arabian Peninsula is totally unreasonable because sunlight and land for photovoltaics and wind turbines are almost unlimited. The enormous costs, plus the problems of disposing of nuclear waste, fly in the face of every economic and environmental calculation. But the ruling houses in the Arab world do not always think so rationally. For wealthy Arab states, the use of nuclear energy is first and foremost a question of prestige and not in itself an indication of aggressive intentions. They want to show the world that they have enough money to build nuclear power plants and are capable of catching up technologically with the West. But they also want to stop using their own fossil fuels (natural gas and oil) for power generation and sell them at high prices instead. It must also be pointed out in all honesty, that companies from all over the world, including Russia, are pressing Arab states to build nuclear power plants.

The United Arab Emirates (UAE) has so far credibly demonstrated that it does not seek nuclear weapons and has therefore submitted to the strictest standards of monitoring of its nuclear facilities by the International Atomic Energy Agency (IAEA) through an additional protocol. International observers therefore do not view the UAE as a suspect state.

Egypt’s nuclear policy under various leaders, until President Morsi came to power in late 2012, gave rise to some concerns. The Muslim Brotherhood publicly called for nuclear weapons because of the perceived Israeli threat but has not been a political force since 2013. But Egypt, unlike the UAE, has not agreed to a tighter IAEA inspection regime of its two research reactors. The current head of state, al-Sissi, has emphasised the exclusively civilian use of his nuclear facilities. This looks plausible for now. After coming to power, he took his time before signing a contract with the Russian atomic energy agency ROSATOM in 2015 to build a four-unit nuclear power plant, but the project has experienced delays. Here too, prestige and a secure power supply are at stake in the face of growing demand. Experts believe however that the notoriously stretched state finances make independent research into uranium enrichment unlikely.

Turkey’s leader, Recep Tayyip Erdogan, told supporters of his AKP party in a speech on 4th September 2019, that it was unacceptable to want to ban Turkey from possessing nuclear weapons. All developed states have them, he said. Moreover, Turkey has nuclear armed Israel in its neighbourhood – a source of serious concern for other states in the region.

This stance is surprising because Turkey joined the NPT in 1980. The country has its own uranium reserves and operates a research reactor. Technically, the path to enriched uranium would be open by reprocessing uranium waste. Also troubling are the intensive military ties that Erdogan has cultivated with Pakistan, which has already provided nuclear know-how to other countries, such as North Korea and Libya.

Agreements have been reached with Russia to build a number of nuclear power plants on the Mediterranean coast. A great many Turkish students have been sent to Russia to study nuclear science. This creates expertise for a conceivable push towards its own uranium enrichment.

US-nuclear expert John Spacapan recommended that NATO and the US should try to dissuade Turkey from possessing nuclear weapons by showing it the benefits of NATO military protection.

Saudi Arabia’s involvement in the struggle for political hegemony in the Persian Gulf is mixed with the age old religious-political enmity between Shiites and Sunnis. Iranian research activities to prepare nuclear weapons have long worried the Saudi royal family.

On 15th March 2018, Crown Prince Mohammed bin Salman said in a television interview, “Saudi Arabia does not want to acquire a nuclear bomb, but if Iran develops a nuclear bomb, we will undoubtedly follow suit as soon as possible.”

Preparations have already begun, even though the country joined the NPT in 1988. In 2005, it was able to sign a supplemental agreement with the IAEA, according to which its nuclear projects are exempt from inspections if it produces very small amounts of nuclear material.

The Saudi energy minister told at an energy conference in Dubai in September 2019 that his country wants to develop a nuclear programme that includes uranium enrichment, but only for civilian purposes. The kingdom is pursuing a very ambitious programme and aims to have 16 nuclear power plants operational by 2040. Two are already in the planning stage. In addition, a research reactor, built by Argentina, is nearing completion. There will be no IAEA inspections until commissioning. In Al-Ula, Saudi Arabia, a plant is currently being built with Chinese help to produce a uranium concentrate from uranium ore.

An EU approach to prevent proliferation?

A detailed study by the German Institute for International and Security Affairs (Stiftung Wissenschaft und Politik) wrote in December 2021: “It is clearly discernible, however, that the current build-up of technological capabilities is linked to the intention of obtaining at least the option to build nuclear weapons.” The study therefore advises the German government to respond to this development with a coordinated European approach “to prevent the operation of uranium enrichment and nuclear reprocessing facilities in the country.”

The proliferation risks in the Near and Middle Eastern region are currently manageable, but with Saudi Arabia and Turkey as problem states, this could change quickly if political and military conflicts, especially if they are initiated by Iran, continue to intensify.