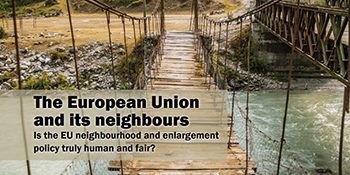 The NATO summit in Madrid at the end of June 2022 was the most decisive summit of this century. The Alliance adopted a new Strategic Concept and reassessed threats, with Russia named as the most significant and direct threat to the west. For the first time, China’s aggressive policy in the South-East Pacific and towards Euro-Atlantic security was seen as a systemic challenge. The invitation to Finland and Sweden to join NATO is an important geopolitical breakthrough on the northern flank of NATO, increasing the strength of the Alliance by two nations that are significant security providers..
On the eastern flank, the principle of capability tasks has changed, introducing deterrence by denial as one of the most important elements. In addition, European Member States will re-arm in the coming years and provide NATO with more combat-ready troops. NATO’s joint funding has been significantly increased. However, although much remains to be done, by far the most reassuring factor for Europe’s security is that the United States is back in Europe!
If Vladimir Putin was hoping to have less NATO on his western flank after his unprovoked and criminal invasion of Ukraine, he has completely miscalculated: not only will he get more NATO, but also an alliance fiercely determined to defend its territory. The sentence pronounced by US President Joe Biden in Madrid, “Putin wanted the Finlandisation of Europe – he gets the Natoisation of Finland”, comes at a moment when Europe is doing everything possible to gather its forces to be a security and defence pillar within NATO. Even with the US back in Europe, the European Union should keep this goal in mind and, together with its North American partners, think about what the Europeanisation of NATO should look like.

What happened in Afghanistan in the summer of 2021 with the uncoordinated withdrawal of NATO must be avoided in the future. It was the Alliance’s greatest failure in its history. And the French President was arguably right in 2019 when he said that the Alliance was facing brain death, after Biden’s unpredictable predecessor cast doubt on whether it was still worthwhile for the US to honour its alliance commitments. Will Trump return or be succeeded by another maverick nationalist? Unpredictability is one reason for a strong Europe in NATO, contributing capabilities that can take over parts of the US’ defence capabilities when the US is occupied in other regions.
The rebellion of Turkish President Erdogan against the admission of Finland and Sweden in order to force both countries to end their support for the banned Kurdish Workers’ Party shows that it will not be easy for NATO to bring all nations under one roof, but a concept against climate change shows that the Alliance is more than just a military alliance.
NATO’s creation of emission targets can be considered as another very important summit outcome. NATO isn’t just satisfied with reducing its carbon footprint, it assesses new green tech as the best tech to give it a lead over its adversaries and better manage diverse crises. Jens Stoltenberg’s legacy as the “Green Secretary General” is being written in stone.
The NATO summit in Madrid was undoubtedly a success and the crown jewel was NATO’s expansion to Sweden and Finland. In the Strategic Concept, the Alliance declares its willingness to return to talks with Russia after the end of the war in Ukraine, provided international law is fully respected. A high bar indeed!