European security and the management of simultaneous crises 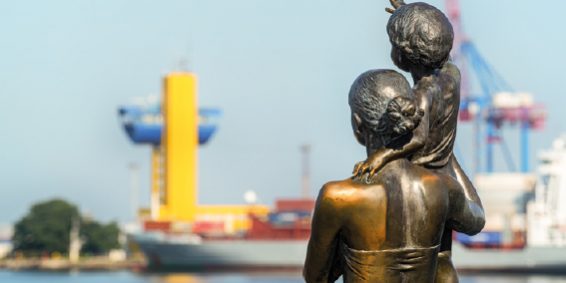 “When your own house is on fire, you don’t send your entire fire brigade to fight a wildfire fifty kilometres from your village.”
This metaphor describes brutally well the pressing need to reassess the priorities for European security since the beginning of Russia’s war against Ukraine in February 2022. Had the security policy priorities of the European Union (EU) previously been dominated mostly by the focus on the southern neighbourhood, Russia’s invasion forced the EU to rethink geopolitics on the European continent, and to readjust its action accordingly.

Remarkable deliveries of the EU
Indeed, the EU has delivered: within days, the Member States adopted fierce packages of sanctions and activated the European Peace Facility – a tool originally conceptualised to support partner countries in the southern neighbourhood – to support Ukraine with lethal weapons. Furthermore, Member States have pledged to increase their individual defence budgets (as reflected in Germany’s “Zeitenwende”, the historic decision to invest €100bn in defence), stepped up their troop commitments to NATO’s eastern flank, and even approved EU candidate status for Ukraine.
The EU’s quick and resolute reaction to Russia’s war on Ukraine is remarkable, given that its previous action in its neighbourhood has often been criticised for a lack of coherence, consistency, or just for being “too little, too late”. While Russia’s aggression against Ukraine has forged transatlantic unity and underlined the vital importance of US engagement in Europe for European security, it has also showcased that the EU itself can make a meaningful contribution to this – in other words, that the European fire brigade works if needed.

War in Ukraine – a geopolitical long game
While supporting Ukraine against Russia must be the top priority for Europeans at the moment, the ramifications of the war have already become visible in other parts of the world relevant to European security, and are likely to exacerbate over the coming months, particularly in the Global South. With Ukraine and Russia supplying more than a quarter of the world’s wheat, the war has already led to an explosion of prices across the globe, but it is particularly likely to threaten food security in Egypt, Indonesia, Pakistan, Bangladesh and Lebanon, which in 2020 represented more than half of the wheat exports from Ukraine. Furthermore, the soaring prices for fuel and fertiliser risk further complicating food supply, so that the World Food Programme expects the war to drive food insecurity to a record high. The war in Ukraine thereby adds an additional dimension of insecurity to regions in Europe’s south, where the effects of the climate crisis are likely to become most palpable in the coming years. Hence, it reinforces the root causes of instability and catalyses state failure, terrorism, and irregular migration – core security challenges the EU aimed to address through its CSDP missions and broader security policies in its southern neighbourhood.
To return to the metaphor used at the beginning, the fire caused by Russia in Ukraine and the subsequent reprioritisation of eastern Europe on the EU’s security agenda does not mean that the other “wildfires” the EU has been facing with regard to its security for in past years can be pushed to the background. In fact, they are all part of a geopolitical long game which is not only about the European security order per se, but more broadly about security for Europe.

Bundling European security instruments
Indeed, the southern neighbourhood – or the regions south of Europe, more broadly speaking – had been the focus of the EU’s efforts in international security before the eruption of the war in Ukraine: with the exception of EUAM (European Union Advisory Mission) Ukraine, all CSDP missions launched in the last ten years were deployed to the Mediterranean, the Middle East, and Africa. While some missions were undoubtedly more successful than others, they all showcased that a de facto division of labour among Europeans and the US has emerged over the years, with the EU leading the efforts of crisis management in Africa and parts of the Middle East, whereas the US was increasingly focusing on its role in the security in the Indo-Pacific. Furthermore, these efforts, focused on stabilisation and crisis-management, were underpinned by the EU’s role as the largest humanitarian donor in the world.
The EU had often faced the criticism of employing instruments over a strategy, but the use of several complementary instruments to tackle multi-layered crises has started to morph into a broader strategy to tackle security challenges over the years. An example of this is the EU’s Integrated Sahel Strategy, combining the EU’s support for stabilisation with instruments of development cooperation and for good governance. This approach is promising since it adds the dimension of human security to traditional military security solutions, preventing the root causes of instability and mitigating its security risks – and this is precisely the EU’s security interest in its neighbourhood. This is why it is crucial for the EU to keep track of this in the shadow of the war in Ukraine, particularly in light of rapidly changing security situations in the Sahel or the Gulf of Guinee.

The Strategic Compass – a promising guide
While the EU has levelled up its role as a geopolitical actor through concrete action in the last few months, it has also equipped itself with a powerful tool to navigate Europeans through times of multifacetted crises. The Strategic Compass, an action plan for strengthening European security and defence by 2030, outlines the EU’s position as a regional security actor and concrete steps regarding crisis management, capability development, partnerships, and resilience. The creation of the EU Rapid Deployment Capability of 5,000 personnel, more flexible and modular CSDP missions, the use of the European Peace Facility, a stronger civilian CSDP, a Troop Rotation Cycle Register for CSDP military missions and operations, strengthening the Military Planning and Combat Capability – the list of measures proposed in the Strategic Compass is promising and has the potential to make the CSDP fit to respond to multi-facetted crises.
When Member States now make promises to enhance their defence budgets, and when joint capability development is reprioritised in the EU, policymakers in Brussels and national capitals are well advised to address this question with an approach that responds to the nested nature of the crises Europeans are currently facing. It would be short-sighted to design all these next steps exclusively as a response to Russia’s aggression on Ukraine, as not all crises in the next years will come from the EU’s east.
The flexibility the EU has proven with regard to the use of the European Peace Facility for Ukraine can constitute a blueprint and should encourage Europeans to keep instruments flexible and adaptive. Even the best fire brigade does not always know where the next fire evolves – but it can move quickly and mitigate the security risks, and the same should be said for the EU’s ambitions to tackle multi-facetted crises.