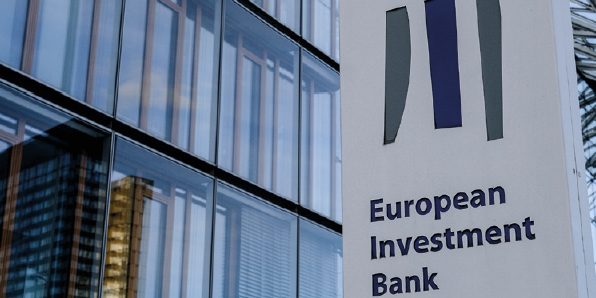 For the European Union (EU) and the European Investment Bank (EIB), the countries to our east are important partners and friends. Some of them are busy changing their societies and economies in hopes of joining the EU. As these countries carry out a lot of work to integrate and cooperate, they face major challenges related to security and peace in the region.

Threats to democracy and peace
The Russian invasion of Ukraine continues to threaten democracy and drive millions of people from their homes. It has created a large humanitarian and geopolitical crisis. The many new problems related to rising energy prices and fewer food supplies came as many economies around the world were beginning to recover from the Covid-19 pandemic. In Belarus, there is also a bitter democratic struggle that has been intensifying since a disputed election in 2020 led to large demonstrations and violent tactics by the police and security forces.
Europe’s message when there are threats to democracy or peace is simple – we will always support people in Belarus, Ukraine, Moldova, Azerbaijan, Armenia and Georgia who want to help us build a better world based on cooperation, mutual respect, fairness, democracy and human rights.

The EIB’s support to European policies
The key aims of the EU are peace, freedom, security and the well-being of its citizens. The EIB is proud to follow these goals in each country around the world where it does business. Every investment we make must meet strict social and environmental guidelines that ensure that everyone is treated fairly. There are many people in all six countries of the EU Eastern Neighbourhood who share these same values. We are amazed and humbled especially by the people of Ukraine, who are paying the ultimate price right now to defend their right to live in peace and freedom.
The war in Ukraine has highlighted how important it is to protect energy and food security, as well as human rights in the EU and the eastern neighbourhood. The core mission of the EIB is to support the goals and policies of the EU. This includes strengthening economies and supporting reforms that help neighbouring countries meet EU standards. We do this by financing projects that create sustainable societies and build economic growth.
Russia’s brutal invasion is a test of European unity and solidarity. Unanimous support for sanctions and less reliance on Russian fuel are a necessity. This could hurt our economies, but we must work together to counter the new threat to some EU members and neighbouring states. The six neighbouring countries are similar to each other when it comes to challenges from their past. They were part of the Soviet Union just 30 years ago and had planned economies, where production and investment were subject to centralised control. They have come a long way in three decades, modernising their markets and improving their governments. We need to support more change for socio-economic development and better living standards. The European Investment Bank is here to offer expertise, loans and other financial help to society and the economy.

The Eastern Partnership initiative
Over the past several years, the EU’s Eastern Partnership initiative has followed an ambitious agenda, focusing on key priorities: more economic growth, stronger connectivity of people and places, better institutions and governance, and a more mobile and educated society. Recently, we added new priorities to cover Covid-19 recovery, building resilience to climate change, and responding to the Russian invasion of Ukraine, including challenges from the big refugee problem or global food crises.

EIB’s support to small businesses
The EIB has been active in many of these priority areas, but we especially support the small businesses that form the backbone of economies. We have provided loans and loan guarantees to small businesses worth several hundred million euros in the region since 2009. To increase our work on the ground in areas outside the European Union, we created a development branch within the EIB Group called EIB Global. This new arm increases the impact of development finance and will mobilise billions each year from private investors. It will bring the bank closer to people, companies and institutions beyond the EU that need the most help.

Different types of tools and advisory initiatives
Our work in neighbouring countries spans a wide range of sectors and uses many types of investment tools and advisory initiatives. In Georgia, for example, our lending and advisory services helped improve the large east-west highway that connects the country to other parts of Europe. In Armenia, we provided €7m to renovate dozens of nursery schools in the capital. Most recently in Moldova, we helped develop a national healthcare plan and build two regional hospitals.
In Belarus, the EIB stopped all activities, but we fully stand by the democratic forces that are fighting the dictatorship of Alexander Lukashenko. The opposition members and pro-democracy activists deserve our highest recognition while fighting for a free Belarus. The EIB, being a sponsor of the Charlemagne Prize that honours work done to foster European unity, therefore strongly supported that this year the prize was awarded to a group of opposition members and pro-democracy activists in Belarus – Sviatlana Tsikhanouskaya, Veronica Tsepkalo and Maria Kalesnikava.

Rebuilding Ukraine
Ukraine has received the most EIB support in the eastern neighbourhood, accounting for more than 60% of bank lending. Our support after the Russian invasion has been broad and quick. Within weeks, we provided €668m for urgent needs like food, medicine, fuel. We plan to play a big role in the reconstruction after the war. The EIB has approved a €4bn credit line to help EU countries give shelter and protection to Ukrainian refugees.
There must be no delay in rebuilding Ukraine as soon as we can go back. And we will go back! The EIB helped build many projects after the annexation of Crimea in 2014 and the fighting in the Donbass, and we have seen much of this destroyed in the past few months. It will be important to revitalize Kyiv and other heavily destroyed cities. We also have to quickly repair equipment and infrastructure needed to export grain and other goods.

Counting on the EIB’s large experience
The EIB has a lot of experience working in developing countries, including many that are suffering from conflict or political problems. We have been helping countries inside and outside Europe for more than 60 years. Nearly 25% of our finance outside the EU, or €1.7bn, went to fragile or conflict regions in 2021.
We are following a well-defined and serious effort to help eastern countries meet their goals and develop new ones, especially in areas such as economic recovery after the pandemic, war reconstruction, climate adaptation, the green transition, digital innovation. This support will involve hundreds of millions in finance. Our aim is to speed up progress and help modernise countries that need help the most. This reduces conflicts, improves economies and ensures that everyone has better lives.