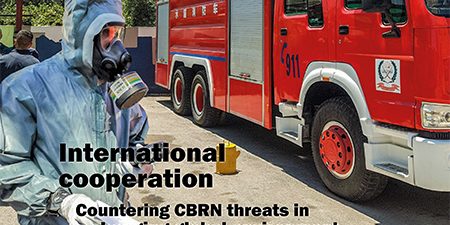 How can Putin’s policy of enslaving his people, consistently enforced for 21 years, fail when it comes to Ukraine?

The Russian dictator is losing more and more ground with his war policy. The attack on Ukraine, which was inten­ded to be a short war to make Putin a world player again, hasn’t made real progress anywhere. Russian soldiers have distinguished themselves primarily as molesters, while others have fled.

Since the army cannot achieve the war goals set by Putin, it needs reinforcements. That should fix the partial mobilisation, but tens of thousands of those who are to be called up leave for neighbouring countries. One wonders why Putin isn’t closing the borders. Is it to voluntarily reduce the number of system opponents?

Putin ultimately needs success and enforced referendums in the partially Russian-occupied regions of Ukrainian soil. They should bring him respect and the desired success. But that has also gone wrong for three reasons.

Firstly, the official pompous act of annexation on Red Square in Moscow should convey to the world that the Russian people stand behind Putin and should silence a somewhat upcoming dissatisfaction of the population, but there is discontent.

Secondly, the international community is turning against Putin, accusing Russia as a member of the United Nations (UN) Security Council of breaking all international laws. China has taken political distance, India called Putin to stop the war, and even a vassal state like Kazakhstan showed discontent. The UN General Assembly demanded on 12th October that Russia reverse the course on the attempted illegal annexation (143 in favour, 35 abstentions and 4 voting against: North Korea, Nicaragua, Russia and Syria).

Thirdly, Ukrainian forces on the ground are stimulated by the weakness of the Russian army and are regaining terrain, at least for the moment, even though we shouldn’t underestimate the capabilities of Russia’s war machine.

Putin’s last resort is the nuclear menace. He made hardliner Dmitry Medvedev proclaim that Russia could use nuclear weapons, especially if Russian territory was attacked, and that the same would apply to the newly annexed regions.

Would Putin actually want to use nuclear weapons, or is this just a threat to buy him time to regroup his ailing army and seek an opportunity to begin negotiations during winter, being aware that the internal resistance in Russia is growing?

Why is this situation dangerous?

The use of tactical nuclear weapons – implausible but always possible – would provoke escalation by entailing a response from the US, which is already urgently warning Putin against the use of those weapons, and there is no doubt on western civil and continuing military support for Ukraine.

To conclude: the Ukraine war was started to improve Russia’s international status and make its return as a world power. Consequently, since its beginning, this war has become a real power play between the great powers and can only be ended at this level. The European Union can contribute to Russia not winning this awful war by not only resisting Putin’s economic war over energy, but by staying strongly behind the sanctions against Russia and being fully prepared to defend western civil critical infrastructure against Russian cyber-attacks.