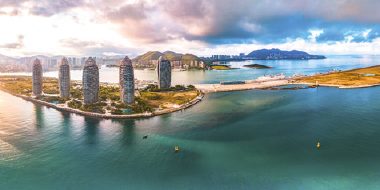 by Professor Hideshi Tokuchi, President of the Research Institute for Peace and Security (RIPS), Tokyo, and East Asia correspondent of this magazine

The government of Japan has been engaged in the revision of its National Security Strategy since last autumn. The process is expected to be over in mid-December just before the Japanese budget compilation for Fiscal 2023. The new strategy will redefine Japan’s national security objectives and ways to achieve them, together with the new goal of Japan’s military capability build-up and major projects to achieve it.

As Europe is more engaged in the Indo-Pacific even at the time of the war Russia engineered, it may want to look into the development of Japan’s new approach to its national security. It will open a new opportunity for security cooperation between them. This essay discusses how both sides can move forward to cement their partnership.

Japan’s National Security Strategy was established in 2013. It was before Russia’s annexation of Crimea, to say nothing of its invasion of Ukraine. It was before the Covid-19 pandemic and the current intensified rivalry between the US and China. North Korea had not declared completion of its state nuclear force.

The Japanese are much more security-minded than ever before particularly because of the Russian invasion of Ukraine and the heightened tension between China and Taiwan. They are more conscious of the solemn geographical fact that Japan neighbours three nuclear powers,  i.e. Russia, China and North Korea. Even aside from the geostrategic point, they have begun to regard climate change as a serious security challenge, but international cooperation necessary to fight against such a global issue is more difficult to realise and easier said than done due to the ongoing great power rivalry.

All these will have to be reflected in the revision of the National Security Strategy.

In short, the present National Security Strategy sets forth the following three objectives:

firstly, protection of Japan’s own national security by strengthening deterrence and defence capabilities,

secondly, improvement of the regional security environment though the Japan-US Alliance and security cooperation with regional and extra-regional partners,

thirdly, enhancement of the rules-based international order and improvement of the global environment by diplomacy and provision of human resources.

These objectives will remain basically unchanged, but the strategy is about where the country is right now, where it should be headed and how it should get there. The current position has shifted far beyond the extension of the past trend, so the ways to reach the set destination will have to change. As Japan is located at the frontline of the great power rivalry, Japan’s own military defence effort will be placed more clearly in the core of the entire security efforts and presumably Japan’s defence forces will be prepared to assume larger roles not only for regional but also global security.

While there is not much time before the critical strategic document is finalised, the policy discussion in Japan seemed focused on the desirable amount of annual defence budget in comparison to the GDP and on a long-range strike capability until recently. Now, more people have begun to notice the importance of a whole bunch of details including logistics, sustainability and multi-domain operational capability.

In fact, Japan’s defence budget will be substantially increased, whether to the amount comparable to 2% of the GDP or not. The defence force will acquire more offensive capability. Its cyber and space capabilities will be strengthened. However, the entire picture of the strategy and of the defence force structure suitable to the strategy remains yet to be seen.

A missing point from the public debate so far is about international security cooperation. The critical importance of security cooperation with like-minded countries is crystal clear in the eyes of everyone who witnesses the Ukrainian situation. Japan and the US are moving forward to continually modernise the alliance, evolve bilateral roles and missions, and strengthen joint capabilities by aligning strategies and prioritising goals together, in accordance with the Japan-US Joint Leaders’ Statement of 23th May. Japan will establish its strategy so that it is compatible with the US strategic concept of Integrated Deterrence. Enhancement of the US nuclear umbrella will also be an urgent and serious agenda in light of the nuclear threats by the regional neighbours. The US is Japan’s only ally, but today it does not make as much sense as before to distinguish the alliance relationship from other types of security partnerships. Alliance cooperation with the US may involve other US allies because of cross-decking and the exchange of officers between the US forces and the military forces of their allies, including NATO countries. From this perspective, security cooperation not only with the US but also with other like-minded countries must be more seriously explored.

As international security is more indivisible than ever in this globalised world and the rules-based international order is in flux, it is high time for Europe and Japan to promote their security cooperation. The Individual Partnership and Cooperation Programme between Japan and NATO (IPCP) of 2018 was revised in 2020 and has been put into practice. The Japan-EU Strategic Partnership Agreement (SPA) has been provisionally applied since 2019. The EU’s engagement with the Indo-Pacific region is well articulated in the Joint Communication on the EU Strategy for Cooperation in the Indo-Pacific of 2021, and Japan is actively advancing cooperation with the EU and its Member States. A number of European countries are Indo-Pacific powers as well. Europe and Japan should elevate the partnership to a new level, taking advantage of the timing of Japan’s revision of its security strategy.

China will continue to be the most serious common challenge for both sides and Russia is posing an acute and present threat to both. They are swaying the rules-based international order, boasting that their relations are superior to the political and military alliances of the Cold War era and that their friendship has no limits. Europe and Japan must work together to restore the rules-based order by effectively countering them. First of all, NATO should establish its permanent representative office in Tokyo. Practically, intelligence cooperation is always important. Technology cooperation, too. Geographically, operational cooperation in the Indian Ocean, South Pacific, Africa and even in the Arctic must be explored more. As for non-traditional fields, cooperation on climate security and human security is increasingly meaningful. As these efforts have to endure for a long time, they should not miss the current opportunity to build a solid foundation for joint action.

“Europe and Japan should elevate the partnership to a new level, taking advantage of the timing of Japan’s revision of its security strategy.”