US-Europe security cooperation at the crossroads 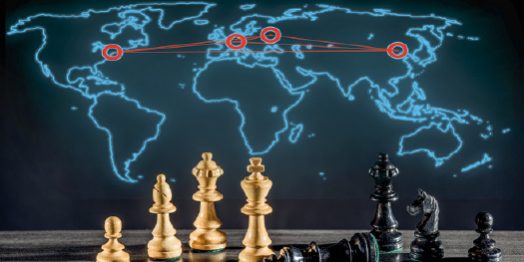 For years, American strategists have warned that the world was changing, but their pleas that US foreign policy must change with it were ignored. More than a decade ago, the Obama administration announced a “pivot to Asia,” even as it dispatched more troops to Iraq and Afghanistan. Today, reality is finally catching up with rhetoric. This is in part because Chinese and Russian actions have shaken Washington’s national security establishment out of its complacency by underscoring the threat of great-power conflict. It is also due to the US exit from Afghanistan which, however poorly managed, has lifted an anchor holding American strategy in place.

How to cooperate in the future?

However, Washington’s shift in strategic focus from countering terrorism to countering revisionist powers will also demand a shift in how the US and Europe work together. During the “Global War on Terrorism” (GWOT) era the US and Europe enjoyed a broad strategic convergence: they did not always agree on policy, but shared a broad understanding of the threat and what was required to address it. Moreover, they could rely upon a well-established pattern of cooperation. With a few exceptions such as French campaigns in the Sahel, the US led on both the economic and military fronts, and Europe, often via NATO, played a supporting role.

In this new era of great-power competition, however, transatlantic cooperation will not be so straightforward. The US and Europe have long disagreed regarding whether and to what extent Russia and China pose threats and how to deal with them.  And both the US and its major European partners have neglected in recent decades to prepare their militaries for great-power conflict, much less to discuss seriously how they would work together in such an eventuality.  Merely applying the GWOT model – the US leading, Europe supporting – to this new set of problems will not suffice.

Events, however, have conspired to narrow the transatlantic divide on great-power competition. Russian President Vladimir Putin, in ordering a brazen invasion of Ukraine, has accomplished what years of haranguing by American officials could not: persuading key European partners of the need to embrace hard power as a tool of foreign policy and to reinvest in their own defense.  The US and Europe have surprised even themselves with the steadfastness of their military support for Kiev, and must all the more have dismayed Moscow and Beijing, who undoubtedly hoped Russia’s gambit would divide rather than unite the Western alliance.

A similar if less pronounced convergence can also be seen on China. This is partly a side effect of the Ukraine crisis, which has brought greater realism and sobriety to transatlantic affairs. Moreover Beijing squandered Europe’s goodwill through its “wolf warrior” diplomacy, refusal to cooperate with international efforts to combat Covid-19, and increasing use of economic leverage for political ends against states such as Lithuania and Australia. In Sweden, for example, where China’s ambassador attacked the media, unfavorable views of Beijing rose from 40% in 2002 to 83% in 2022, according to Pew Research.

Even more ominously, Beijing in recent years has significantly improved its military capabilities and signaled its willingness to use them, becoming more aggressive toward Taiwan and other neighbors. It has also become more ambitious in projecting military power outside of Asia. Little wonder, then, that NATO’s most recent “strategic concept” paper addresses the Indo-Pacific – a region of the world where both the US and Europe have enormous economic interests at stake – for the first time.

The end of permanent coalitions

Yet Ukraine has also revealed challenges that will bedevil efforts at transatlantic cooperation amid great power competition.  It has underscored the complexity of building coalitions to confront revisionist powers. While US and European officials have sought to establish a “democracy vs. autocracy” framework for international cooperation, the reality has proven more complicated. Democratic powers like India have supported Russia diplomatically and economically. And Western leaders have sought the assistance of autocratic partners like Saudi Arabia in countering the Ukraine crisis’ effects on energy markets, albeit without success. Their partners’ reluctance to take “sides” or join exclusive blocs will put the onus on the US and Europe to approach other states on an issue-by-issue basis for support rather than tapping into a permanent coalition as crises arise. It will also require the US and Europe to have the capability to act without the broad coalitions of eras past if need be.

Perhaps even more concerning is something that did not happen – a major crisis in Asia taking place in parallel with that playing out in Europe. While Chinese military exercises around Taiwan following US House of Representatives Speaker Nancy Pelosi’s visit to the island triggered tension and worry in Washington, they concluded without further escalation. Had that crisis gone escalated, however, it would have put in doubt the sustainability of the US approach to Ukraine.  Even without direct US involvement in either crisis, there would have been competition not only for Washington’s attention, but for the sort of military materiel that the US has sent to Kiev. Faced with competing demands for limited supplies, the US would likely prioritize Asia, where most in Washington believe American interests are greater.  Policymakers may hope this to be an unlikely scenario, but it is not a matter of random chance – Western adversaries are after all opportunistic – and would be highly consequential.

A new mode of transatlantic cooperation?

The difficulties the United States would face in responding to simultaneous crises has stark implications for European security. As effective as the transatlantic response to the Ukraine crisis has been, it has nevertheless relied overwhelmingly on American contributions: according to the Kiel Institute, the US through 3rd August pledged €25 billion in military aid to Ukraine, and Germany just €1.2 billion.  Remove the US from this equation, or even significantly reduce its contribution, and the war in Europe would look different indeed. This suggests that a new mode of transatlantic cooperation is required in this new strategic era: rather than simply preparing to play a supporting role in an Asian crisis, Europe should, within the context of NATO, prepare to take a leading role if necessary in future European crises. Like US forces, those of major European states should be not just interoperable, but also able to operate, and independently if necessary.   This is not to say that the US and Europe should go their separate ways; if recent events have demonstrated anything, it is the enduring power and value of the transatlantic alliance.  The US will continue to play a major security role in Europe, and European states such as France have security interests in Asia and their role there is welcome in Washington. Nor does it mean any major crisis can be geopolitically confined – the resolute Western response to Russia has surely had a deterrent effect on China, and in any crisis in Asia, Europe would play a powerful role as an economic superpower and influential diplomatic actor, whatever its security contribution. But a new strategic era will require both the US and Europe to learn new habits of cooperation – the US by setting priorities and both expanding and husbanding its security resources, and Europe by building the will and capability to act in parallel with rather than merely in support of the United States.