Armed forces and the challenges of climate change 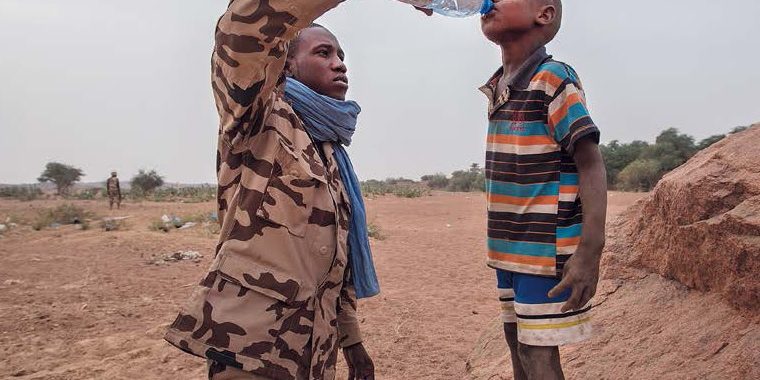 “Consequences of climate change, such as shifts in global precipitation patterns, sea level rise or the increasing number of extreme weather events are affecting the work of the armed forces in different ways.”

Climate and the accompanying environmental changes are some of the major challenges for global security. Hence, those responsible for providing this security – stability, freedom and justice – are in charge. Consequences of climate change, such as shifts in global precipitation patterns, sea level rise or the increasing number of extreme weather events are affecting the work of the armed forces in different ways. 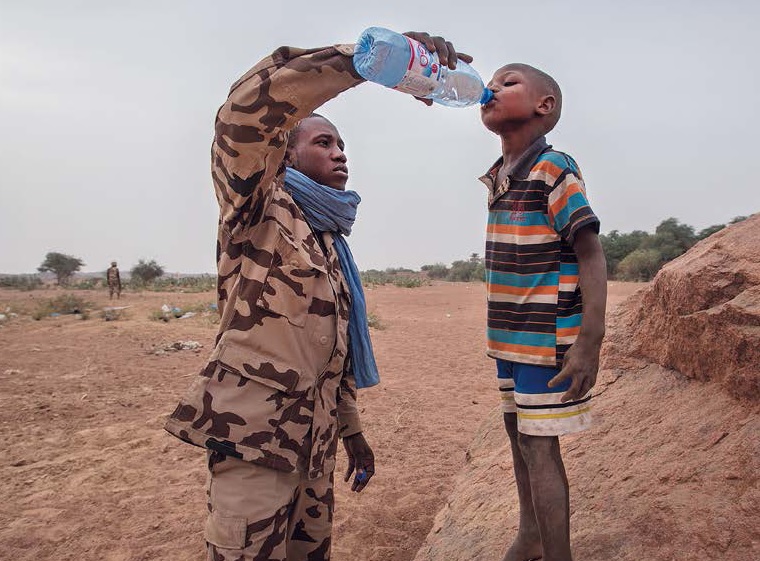 Regions already known as politically and societally fragile will be further destabilised due to resource allocation conflicts as well as migration flows emerging from the limited availability of important resources. Especially in climate zones where water is scarce, consequential problems such as the shortage of drinking water, desertification or soil salinisation can have significant negative impacts on entire regions. Furthermore, there is an increasing risk of local communities becoming susceptible to recruitment by terrorist groups such as the Islamic State or Boko Haram. However, even regions which have been known as uncritical in terms of global security suddenly become potential subjects of conflict. For example, the melting Arctic ice pack prompts economic ambitions from some global actors with consequences that are difficult to determine. Many states already deal with the topic of climate change in their military strategies. A study reveals that most of these states expect a significant increase in aid missions due to extreme weather events which are the most noticeable result of climate change in their work. The study also mentioned the growing number of humanitarian operations due to emerging large-scale migration flows caused by resource scarcity.1 The German Bundeswehr, like other armed forces, is used to working in uncertain conditions as a result of alternating political environments and positions, but the impacts of a rapidly changing environment will be additionally and increasingly demanding.

The complexity of the upcoming challenges, which are directly or indirectly linked to climate change, as well as the necessity to adapt to these, require multidimensional thinking, new approaches and careful trade-offs between sometimes fundamental needs (see table). The Bundeswehr Office for Defence Planning addresses these issues by developing future scenarios. Often many of the parameters are rather vague, thus various scenarios have to be developed in order to gain a certain level of planning security.
A substudy of the “Future Report – Environmental Dimensions of security”2 deals with the impacts of climate change on the Middle East and North Africa. These regions are considered particularly vulnerable with regard to destabilisation emerging from climate change. On the one hand, environmental changes will be especially noticeable, on the other hand, the respective countries have a rather low level of resilience to deal with the evolving problems. Hence, different scenarios were drafted inorder to capture all possible development options.

The race for scarce resources

What happens if deployed armed forces compete with local residents for scarce resources? This scenario almost occurred in 2017, when the German military contingent contributing to the United Nations Multidimensional Integrated Stabilization Mission in Mali (MINUSMA) significantly increased. Mali is situated in a region where the excessive abstraction of water exceeds the natural regeneration capacities, thus causing a widespread depletion of the water reserves.3. In most cases it is difficult to improve the sources of access to water because of technical or economic restrictions, security matters and the workload caused by transport and safeguarding. Therefore, efforts focus predominantly on the development of water-saving technologies and processes as well as accompanying awareness programmes rather than additional water supply infrastructure. The aim is to consume less raw water while ensuring the existing health standards for soldiers and their operational capability at the same time. This requires careful consideration of diverging fundamental needs – and the necessity to comply with German law. By using standardised concepts, even complex challenges such as this can be tackled appropriately.
The North Atlantic Treaty Organisation (NATO), for example, developed relevant recommendations in 2016 and 20174.. Additionally, a working group consisting of members of Swedish, Finnish and American armed forces addressed this topic in an Environmental Guidebook for Military Operations.5. 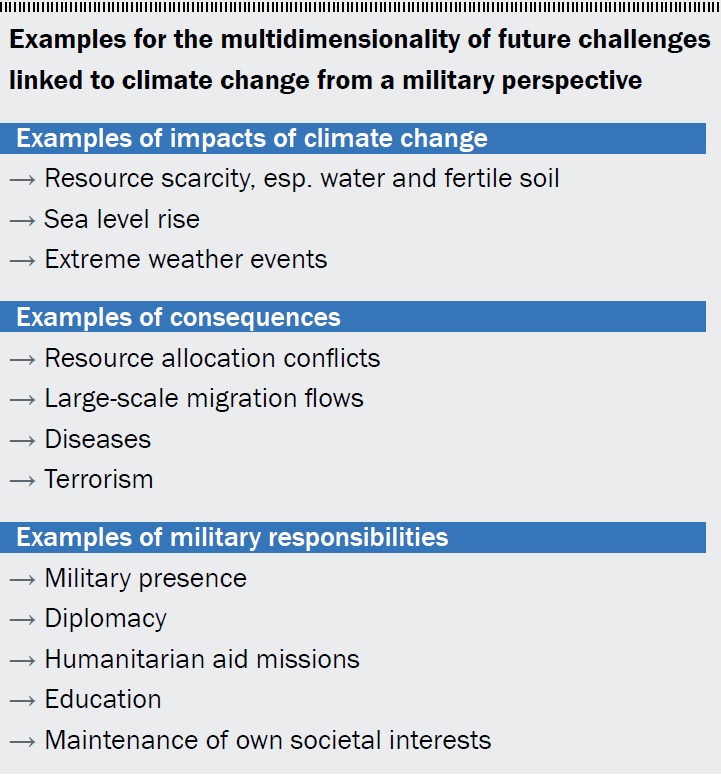 Armed forces are not only in demand when it comes to curing the symptoms of climate change, but also preventing climate change in the first place. Being a federal institution and one of the biggest employers in Germany, the German Armed Forces (Bundeswehr) take this responsibility very seriously. The framework that needs to be provided in order to run military forces spans the operation of numerous buildings and vehicles and the entire food supply chain to the procurement of a tremendous range of most diverse products. In all cases, prudent decisions can make a difference with regard to climate change.
For example, the Bundeswehr implements the Sustainability Programme of the Federal Government, significantly reducing its CO2 emissions. Working in accordance with this precautionary principle surely is one of the most effective measures each Ministry of Defence can take in order to counteract a destabilisation of global security caused by climate change.

Greta Nielsen has been an Advisor for Sustainability,Environmental Management and Biodiversity at the Federal Office for Bundeswehr Infrastructure, Environmental Protection and Services since 2014. Born in 1985 in Hamburg, she holds a degree in Science (Protected Area Management) from the James Cook University in Townsville, Australia, and a Diploma in Landscape Ecology and Nature Conservation from the
Ernst-Moritz-Arndt-University, Greifswald, Germany. She has published articles in various international publications.