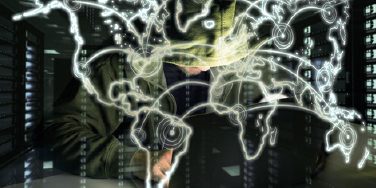 One year after its irruption into our lives, the Covid-19 pandemic remains at the top of the political agenda and media focus, to the extent that we risk forgetting that the world continues to turn and that its activities cannot be reduced to health issues alone.

On the contrary, globalisation is accelerating the competition between nations, regions and continents. And much of this competition is likely to take place in an invisible “cyber” mode, driven by hybrid techniques in fields that can profoundly affect our European security: the economy, energy, health and critical infrastructure.

The players in these conflictual situations will not only be states but also shadowy state-sponsored institutions and even criminal organisations. Cyber warfare, as we know only too well, covers a wide spectrum of military and paramilitary applications, including the aggressive use of information technology to damage the economy.

Governments, industry and academia worldwide are convinced that developing resilience and protection against cyber-attacks will become one of the crucial areas of our security. The consequence is that, to counter these attacks, a new type of civilian/military cooperation, especially in technology, is necessary and remains to be defined, alongside military capabilities that can defend territory in partnership with allies. However, military capability alone will not be decisive in protecting vital assets.

Europe is indeed adjusting its strategic compass in areas that are vital for its security and is focussing on the “high technology century” techniques of the 21st century: artificial intelligence, the influence of geo-engineering in relation to climate change (modes of energy production and security of distribution) and data collection. These are all major instruments of power in the areas of climate, the environment, energy, digital platforms and cyber.

How therefore should Europe act and react? By developing an offensive strategy or by defining alternative, counter-strategic, defensive means? Europeans are not in general willing to engage in aggressive strategies to ensure their security, for example in cyber warfare, characterised by a wide spectrum of military, paramilitary, IT and economic techniques. Most EU Member States would never agree to pursue an aggressive common strategy to deter hybrid and mostly invisible threats – the kind of deterrence that has been developed in the nuclear area. The ethical question of proportionality will always prevail and so the only possible strategy is a defensive one: resilience!

The EU’s strategic compass aims to make the Union a credible global player in security and defence and is therefore procuring the necessary civil and military capabilities. Part of this credibility will rely on its signalling function towards those nations, regions or organisations which are apparently not interested in being “friendly” partners of Europe.

My dearest wish is that Europe’s political elites – most of whom are champions of harmonisation and reaching compromises on the basis of the lowest common denominator – will come to realise that even if compromise and goodwill should always remain fundamental, they are not always the best way of ensuring Europe’s security and defence. This would be a real paradigm shift for Europe, as it strives to be a strong partner for security and peace.