EU Satellite Centre: operational support to the CFSP and CSDP 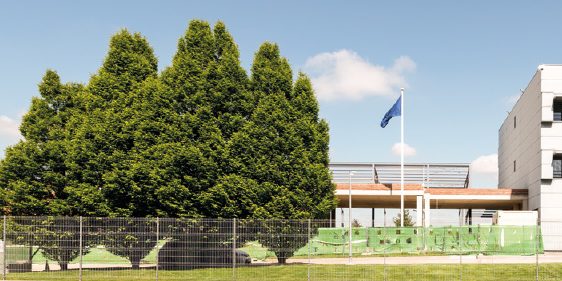 With nearly 30 years since its foundation, the EU Satellite Centre (SatCen) has established itself as the prime provider of geospatial intelligence analysis for EU external action. The Centre in Torrejon near Madrid supports the collective decision making in Common Foreign and Security Policy (CFSP) and Common Security and Defence Policy (CSDP) as well as EU missions and operations. The agency is tasked with providing products and services, namely from the exploitation of space-based earth observation imagery data and relevant collateral data.

SatCen services respond to the EU requirements described in the 2016 Global Strategy for the Foreign and Security Policy. Its operational readiness has just been officially confirmed by the first-ever SatCen board meeting at ministerial level, held on 6 May 2021. The EU ministers provided a strong political impulse to align the Centre’s evolution with the EU’s increased level of ambition in the fields of space, security and defence.

The Centre also contributes directly to the forthcoming Strategic Compass. The core of SatCen’s mission is to support EU crisis management through its geospatial analysis. The agency strengthens European resilience, reflected in its operational lessons learned during crises like the ongoing pandemic, as well as through its role in the Space Surveillance and Tracking (SST) activities. The Centre helps to reinforce EU partnerships through the mandated support for the UN, OSCE and OPCW. In addition, SatCen continuously invests in capability development to remain at the cutting edge of relevant technological developments, like with Artificial Intelligence and Big Data from space. SatCen’s primary source of satellite data are commercial providers. The share from European sources has steadily increased from a mere 6% in 2010 to around 75% today. The Centre also benefits from agreements with Member States allowing access to high-quality governmental satellite imagery. Collateral data complementing the imagery analysis is acquired from open sources and provided by users of SatCen services.

The Centre operates under the political supervision of the EU Political and Security Committee (PSC) and the operational direction of the High Representative of the Union for Foreign and Security Policy. In a world of information overload and disinformation, SatCen provides fast and reliable information services across the whole spectrum, from political planning to operational decision making. It does so by answering to the needs of its various users, especially the crisis management and intelligence structures of the European External Action Service (EEAS) and EU operations and missions. Within the EEAS, the main users are the EU Military Staff (EUMS), the Intelligence and Situation Centre (INTCEN), the Civilian Planning and Conduct Capability (CPCC), and the Military Planning and Conduct Capability (MPCC). Additionally, SatCen supports EU Member States, the European Commission, as well as EU agencies like Frontex and international organisations.

The monitoring of crisis areas

The Centre regularly provides its essential services in the context of crises and heightened political attention. A striking example is the monitoring of migration and management of re­fugee flows, often related to violent conflict, a topic at the top of the agenda for EU leaders during much of the past decade. Our continuous monitoring of such crisis areas provides invaluable situational awareness and thus strengthens EU autonomy for political action.

As an operational agency in the field of CFSP/CSDP, SatCen is mandated to maximise synergies and complementarities with other EU activities in the field of security, defence and space. This is reflected in the highly effective cooperation with the Commission, in particular through SatCen’s key role in the security dimension of Copernicus, the flagship EU space programme. Here, the Centre acts as the coordinator of the Copernicus Service in Support of EU External Action. Collaboration with Frontex has been continuously extended over the past six years, steadily supporting the EU Border and Coast Guard Agency in its efforts to monitor coastal activity and external border activity related to the migration crisis.

SatCen also cooperates with other initiatives in the field of space and security, like through its function as Front Desk to the EU Space Surveillance and Tracking Support Framework (EU SST). This activity, in close cooperation with EU Member States, provides security in space, complementing the main geospatial intelligence mission of providing security from space. Additionally, the Centre is closely involved in various targeted Research & Innovation (R&I) activities, mainly funded through Horizon 2020, as well as through cooperation with partners like the European Defence Agency (EDA), the European Space Agency (ESA), and other actors in the common field of interest strengthening SatCen’s core activity.

Looking to a challenging but bright future

The Centre’s operational success rests on the professional capability and dedication of its team of highly skilled and multidisciplinary experts. My staff has developed a unique expertise in analysing heterogeneous data at various classification levels in the agency’s secure environment with the aim of delivering top-level decision support services to the EU, its Member States and partners. The user demand for the Centre’s products and services has multiplied over the past decade, a trend which is expected to continue in the future. Furthermore, the pandemic has highlighted the specific value of space assets and geospatial analysis capabilities in times of crisis, especially when ground mobility is severely impacted.

At the same time, the Centre managed to use this crisis to adapt and further improve its modus operandi, while further increasing the quality, complexity and delivery speed of its products and services. This evolution is driven by the requirements of its users, in order to provide services with a high level of resilience, versatility and adaptability.

With its 30th anniversary in 2022, SatCen is looking to a challenging but bright future: the growing demand for high-quality geospatial analysis services for EU external action is strongly correlated with the increasing complexity of our security environment as well as the growing EU level of ambition in the field of security, defence and space, as reflected in the Strategic Compass debate.