European Parliament Resolution on the Arctic 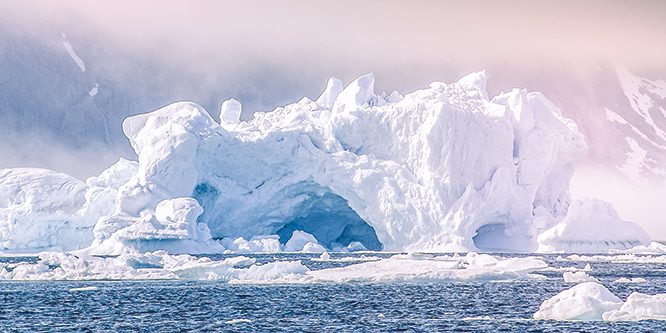 1. Reaffirms that the Arctic is of strategic and political importance to the EU, as an Arctic stakeholder and global actor, and underlines the EU’s commitment to being a responsible actor, seeking the long-term sustainable and peaceful development of the region by fully cooperating with international partners; considers it crucial that all stakeholders, including the EU and its Member States, act to maintain peaceful and intense international and regional cooperation, scientific research, prosperity and low tensions in the Arctic, as well as to respond to the very alarming effects and consequences of climate change in the region; considers that the Arctic plays a crucial role in maintaining the environmental balance of the planet, is satisfied that the region has long been a place of peace and fruitful international cooperation;

2. Supports the validity of the three founding pillars of the integrated EU policy for the Arctic, namely responding ambitiously to climate change and safeguarding the Arctic environment, promoting sustainable development and strengthening international cooperation; stresses the importance of a balanced EU Arctic policy and is of the opinion that the EU is uniquely well-placed to help coordinate and complement Member States’ Arctic policies, and therefore stresses the need for more coherence between the EU’s internal and external policies as regards Arctic matters; urges the EU to include an Arctic dimension wherever appropriate in its sectoral policies;

4. Stresses that the EU must contribute to enhanced Arctic multilateral governance, promote the sustainable use of resources, and protect and preserve the Arctic in unison with its population; calls for the EU to continue to contribute to the Arctic Council through expertise and financing by increasing its engagement in the Arctic Council working groups and its various projects; believes that the northern region should be viewed as part of the EU’s northern neighbourhood, with increased participation in existing forums; highlights that the Northern Dimension serves as a constructive arena for cross-border cooperation, with a successful model for sectoral cooperation, in which the EU contributes equally to the joint policy with Russia, Norway and Iceland, as well as other observers; welcomes further practical cooperation on a broad range of areas; highlights the cooperation between local and national state and non-state actors within the Barents Euro-Arctic Council, of which the EU is a full member, on issues with particular relevance to the Barents region; notes that the Barents Euro-Arctic Council has played an important role in building trust and mutual understanding in the North while enhancing cooperation between Arctic countries; notes that the EU should also aim to participate in other political forums linked to Arctic development;

6. Is of the opinion that the new EU Arctic policy should be used more broadly as an opportunity to increase awareness and engagement among EU citizens, academia and businesses as regards Arctic issues; calls for the creation of a single Arctic portal covering all Arctic initiatives and activities of the EU institutions;

7. Notes that interest in the Arctic and its resources is growing; is deeply concerned about the negative effects of climate change, notably the rapidly melting ice and resource overexploitation, which create new elements and realities for certain forms of economic development and further disruption to the increasingly fragile Arctic ecosystems;

8. Emphasises that the comprehensive governance model based on international law has benefited all Arctic states and the region as a whole, and has provided predictability and stability in the region; underlines that the existing regional structures foster trust and cooperation between Arctic states; stresses that the Arctic states hold the primary responsibility for tackling issues within their territories; points, however, to the fact that external forces have a key impact on current and future challenges in the region; reiterates that international law is the cornerstone of the legal framework regulating international relations in the Arctic (…);

9. Recognises the status of Arctic states’ sovereignty and their sovereign rights in accordance with international law; believes that safeguarding the achievements of three decades of peaceful cooperation is crucial; stresses that the EU’s capacity to provide solutions to potential security challenges should be fully harnessed; underlines that, given the multitude of complex and intertwined issues related to the economic, environmental and security development of the Arctic, global, regional and local venues are required for dialogue on the region’s security needs;”