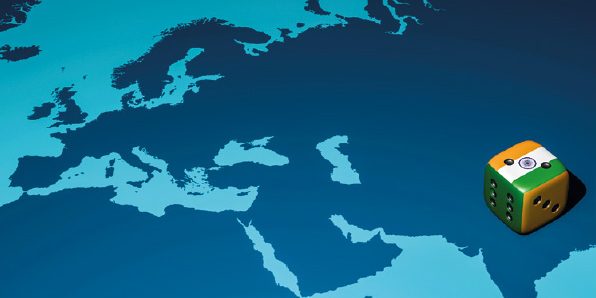 by Debalina Ghoshal, non-resident fellow at the Council on International Policy and Indian corres­pondent to this magazine, Kolkata

Nuclear Weapon States (NWSs) – China, France, the United Kingdom, Russia and the United States – and other so called nuclear powers strive to develop technologies and systems that allow them to survive enemy nuclear or conventional attacks on their nuclear forces, and then strike against the enemy capabilities. For the survivability of nuclear weapons and nuclear forces, sea-based nuclear deterrence is one of the best forms that ensures survivability of own weapons on submersible ballistic nuclear ships (SSBN). When they enable states, after an attack, to inflict the assured destruction of an adversary, then the concept of mutual assured destruction is credible. Submarine-launched ballistic missiles (SLBMs) fired from SSBNs provide the best form of sea-based nuclear deterrence owing to the fact that SSBNs can be submerged in water for months and hence the scope of being detected remains low. This provides states with an assured second counter-strike capability. That is what India is striving for.

In the recent past, given the Indo-China standoff, India has focused largely on exerting greater influence in the Indian Ocean Region (IOR). This region is also a hotbed for nuclear escalation especially as both China and India work towards strengthening their counter-strike and second strike capabilities, focusing on sea-based nuclear deterrence. Consequently, maritime prowess in the IOR would strengthen India’s naval deterrence against China. Several of India’s warships were deployed in 2020 in the region to deter China. For the moment, India’s dissuasion relies and will continue to rely on India’s “no first use” doctrine, which means for the moment, that platforms and weapons are separated in peace time.

How to keep a balance

China has already developed SSBNs like the Jin and Xia class and SSNs. China’s naval presence is not just restricted to the IOR. The People’s Liberation Army/Navy (PLAN) has exerted its influence in the South China Sea (SCS) and East China Sea (ECS) regions and also in the Arctic. Slowly, China could deploy its SSBNs in the Arctic region too. Hence, India would need to keep up the pace with this growth and global presence of Chinese naval power.

In November 2018, India’s first SSBN, “INS Arihant”, commissioned into the Indian Navy in 2016 as its first deterrence patrol, is now ready to perform a deterrence role. As stated in the Indian Navy doctrine, “SSBN due to stealth characteristics enabling discrete and prolonged deployment, and combat capabilities including weapon outfit, provides a credible, effective and survivable capability, and contributes to assurance of punitive retaliation in accordance with our nuclear doctrine”.

The doctrine further states that SSBNs “also counter an adversary’s strategy of seeking advantage for nuclear posturing and escalation.” Consequently, India is developing and building up state of the art SSBNs.

The INS Arihant series will carry SLBMs with a 750km range (K-15), but India has already tested a longer, 3,500km range, the K-4 SLBM, and is also developing an intercontinental K-5 SLBM category with a range of 6,000km. The intercontinental SLBM K6 being developed is supposed to carry Multiple Independently Targetable Re-entry Vehicles (MIRVs) that would enable the SLBM from remaining unintercepted, a solution for India to exert greater maritime influence not only in the IOR, but also in the South China Sea. India is also testing INS Arighat with a more powerful reactor, capable of displacing a load of more than 1,000 tonnes, and also carry more missile load.

As SSBNs will need SSNs to support operations, India plans to build six SSNs with a displacement load of 6,000 tonnes.

In March 2019, India signed a contract with Russia to lease an Akula-2 class nuclear attack submarine for a period of ten years commencing in 2025. France is supposed to also be a partner in helping India develop SSN technology. Other plans are to construct more advanced S5 ballistic missile submarines, capable of displacing 15,000 tonnes, with 12 to 16 launch tubes to fire K-6 missiles. The S5 will be the Indian version of the Vanguard class SSBN operated by the United Kingdoms’s Royal Navy and using a 190MW pressurised heavy-water reactor, the same that would be used even for attack submarines.

Not only nuclear, India’s conventional powered submarines are also being modernised. By 2016, the Indian navy signed a contract with Germany’s Thyssen Krupp Marine Systems (TKMS) to upgrade two of the four Shishumar class diesel electric attack submarines, which also included arming the boat with US Boeing anti-ship missiles. By 2018, Russian shipbuilder Zvezdochka and India’s Larsen and Toubro partnered to upgrade the Kilo class submarines. All the six new Scorpène class submarines will be delivered to India by France’s Naval Group by 2022.

India has been building for years its submarine base on the east coast of Rambilli, located 60km from Vishakapatnam. A Naval Alternate Operating Base (NAOB) is under construction with a command and control area, as well as an institutional area, providing recharge and technical support for future nuclear powered vessels. Underground tunnels have been constructed to provide underground facility. The forested land would provide the camouflage and the base is located close to Sarada and Varahat rivers which open up into the Bay of Bengal.

Green footprint to blue water operations All these developments surely would ensure that the Indian navy lives up to its doctrine of “green footprint to blue water operations.” However, as of now, India has only maintained a “recessed deterrence” nuclear posture by separating warheads from their delivery systems. Nuclear warheads will be mated with the SLBMs and fitted into the SSBNs for deterrence patrol. This could risk command and control issues. A weak navy lacking blue water capability leaves India vulnerable especially as it relies on a “no first use” doctrine. India surely has realised this gap and is focusing on bridging it.