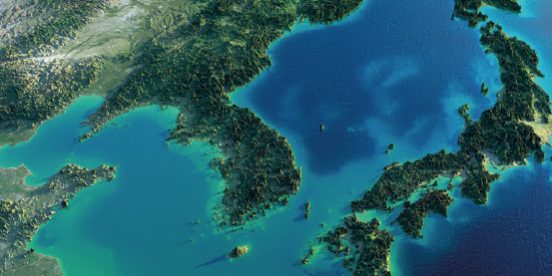 According to the US Department of Defense’s annual China Military Power Report released on 3rd November 2021, China has the biggest maritime force on the globe with an inventory of about 355 vessels. The report describes China’s navy as having growing ambitions to operate with more versatile platforms beyond the Indo-Pacific region. As a matter of fact, in July 2013, during a Chinese Communist Party session, President Xi Jinping delivered a speech on building China into a maritime great power by the middle of the 21st century. Like the South and East China Seas, the Yellow Sea has also seen progression of China’s military activities since the 2010s. The following could be some indications of it.

Political and military pressure from China

Firstly, in 2013, China announced the 124th meridian east as the line of its naval area of operation in the Yellow Sea, unilaterally claiming that South Korea’s naval ships should not operate west of the line. Yet, the incidence of the Chinese naval ships crossing the line to the east has been increasing. China’s naval activities in the southern part of the Yellow Sea have been a particular concern for South Korea due to the maritime dispute in the region. The Socotra Rock (“Ieodo” in South Korea) is located 80 nautical miles southwest of South Korea’s Mara Island and 155 nautical miles from China’s Sheshan Island. South Korea found the reef in 1984 and built a scientific research station on it (1995-2003). China objected to South Korea’s construction and asserted that the Socotra Rock area belonged to its Exclusive Economic Zone (EEZ). The first Chinese buoy near the Socotra Rock was discovered in 2014.

Secondly, the People’s Liberation Army forces conducted military exercises in the Yellow Sea more frequently than before and on a bigger scale. For instance, in December 2013, approximately 20,000 troops participated in the joint exercises among the three branches (army, navy and air force) in the Yellow Sea and Bohai Strait. In September 2020, China’s two aircraft carriers (Liaoning and China’s newest aircraft carrier Shandong) conducted drills simultaneously in the Yellow Sea. In October 2021, China conducted two simultaneous exercises in the South China Sea and the Yellow Sea. China also conducted joint military drills with “Russia” in the Yellow Sea as well. For instance, their navies conducted the joint exercises near Quingdao in 2012, which was referred to by Chinese high-ranking officers as the largest-scale combined exercises with foreign countries in recent years. The Chinese government often explains China’s large-scale exercise in the Yellow Sea as necessary to heighten the People’s Liberation Army Navy (PLAN)’s overall combat readiness. It is observed that topographically, the Yellow Sea delivers a comparatively safe space for military exercise in preparation for actual combat in other areas.

Thirdly, Chinese military aircraft frequently enter South Korea’s air defence identification zone (KADIZ), further adding tensions above the Yellow Sea. Moreover, China conducted joint air exercises with “Russia” in the region first in 2019 and 2020. On 23rd November 2013, Beijing proclaimed the forming of an air defence identification zone, which shields two-thirds of the East China Sea, including the area of Socorta Rock. And on 9 December 2013, South Korea declared the expansion of KADIZ to include the disputed area in the Yellow Sea.

However, having seen the patterns of maritime conflicts in the South and East China Seas, analysts in South Korea increasingly worry that China has a wide range of options to escalate tensions over the Yellow Sea issues, including possible applications of the newly adopted Chinese Coast Guard Law of January 2021 with regard to South Korea’s scientific research station on the Socorta Rock, or mobilising maritime militias for its maritime claim over the Exclusive Economic Zone (EEZ). They argue that South Korea needs to diversify the focus of its naval strategy, which has exclusively concentrated on deterring North Korea, and that the resilience of the US-South Korea alliance needs to be maintained. Meanwhile, the EU’s newly adopted Indo-Pacific Strategy of September 2021 reflects the growing importance of the region to the EU’s prosperity and security as well as its rule of law principles. Beijing’s assertiveness has impacted the EU’s strategic interests in the region. In this context, the Yellow Sea together with the South and East China Seas are expected to be of importance to the EU as well.

Dr Eunsook Chung is a Senior Research Fellow and Director of the Department of Security Strategy Studies at the Sejoing Institute in Seoul. She is a graduate of Korea University and obtained her Ph.D in Political Science from Ohio State University. Dr Chung has been a visiting fellow at the Finnish Institute of International Affairs, the Hoover Institution at Stanford University, the Austrian Institute for International Affairs, and the Peace Research Institute in Frankfurt. She served on the board of directors at the Academic Council of the United Nations System (AUCUNS) from 2015 to 2018.