A first glance at the EU Strategic Compass 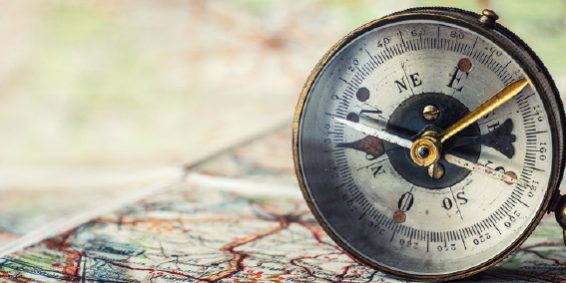 After intense negotiations, the European Union (EU) has finally adopted its so-called Strategic Compass, a forty-page paper published on 21st March 2022. Comprising a common vision for the Union’s role in security and defence, the document was announced as a major piece of EU policy by the incoming von der Leyen Commission in late 2019.

The long way to realise this paper

The Strategic Compass is not the EU’s first geopolitical paper. Rather, it is a follow up of other strategy papers intending to identify the Union’s priorities in security and defence. The first ideas for an EU strategy were laid down in the documents of the Cologne summit (1999), then more elaborated in the famous Solana doctrine (2003), followed by the Lisbon Treaty (2007) entering in force in 2009, and finally the Comprehensive Strategy in 2016, which enabled progress in different fields of defence cooperation within the Union. However, none of these documents have managed to solve the problem of the diverging views of Member States on their existential geopolitical and geostrategic problems. Too great were the differences from the Baltic states to Portugal and from Cyprus to Norway to find an identity.

What the Compass does not offer

Before the publication of the Strategic Compass, which intends to be a guide for action, providing concrete proposals and timelines for the coming years, Russia invaded Ukraine militarily. Even though it was too late to completely remodel the document, Russia is pointed out as the actual threat and a menace for Europe. EU High Representative Josep Borrell stated: “When I presented the Compass last November, I said Europe was in danger. Now, it is blatantly obvious. This unprovoked and unjustified invasion marks a ‘tectonic shift’. Our reaction to the war has demonstrated that we, as the EU, can act firmly and quickly when we are united. Today’s adoption of the Compass confirms this.”

But what about Russia after Putin? What about China and its aggressive policy in the Indo-Pacific when it goes together with Russia as an ally? Against whom? And what about India, as a growing power? The document does not and can even not answer such questions.

The text is an interesting collection of facts and of analyses in nearly all policy fields. But the compass wisely does not answer the crucial question of what the Union will do with its defence sector. What will be the role of military forces in the process of a deeper integration of the EU? Will there also be an integration process of forces, or will they remain nationally sovereign and only contribute to common structures which already exist as cooperation projects?

It seems that the Union has not yet found congruent policies in this field, as there were not enough discussions between Member States to clarify their interests. So, the questions on the future of European defence remain: will the current construct of European forces remain, being a NATO junior partner receiving help through military assets from the Alliance in case of a major EU engagement? Or is the Union striving to become a real military power? What will happen if NATO fails, as it could have happened under the US presidency of Donald Trump? These questions remain to be answered and the Strategic Compass is likely to further develop during the next two years.

What is the Strategic Compass suggesting?

The Strategic Compass comprises an executive summary, an introduction and five chapters as well as a short conclusion.

The Executive Summary lines out that

the Russian aggression and other major geopolitical shifts are challenges for the European visions and the defence of interests;

the Union is committed to defending European societies;

the hostile security environment requires from the Union a quantum leap forward to increase the EU’s capacity and willingness to act, strengthen resilience and ensure solidarity and mutual assistance.

The introduction sets out a shared understanding of the complex threats facing the European security order in which interdependencies remain important and soft powers are increasingly weaponised.

The first chapter (“The world we face”) is an analysis of the geopolitical and strategic environment of a Union surrounded by instability and conflicts, facing wars at its borders.

The second chapter (“Act”) requests that the Union and the Member States become more capable and effective in their ability to decide and to act by strengthening their capacities for action, notably by creating a multinational rapid reaction force of 5,000 men and strengthening command and control capabilities.

The third chapter (“Secure”) targets the Union’s secured access to strategic domains through strengthening its cooperation in areas such as intelligence, cyber, space, the fight against disinformation, and hybrid threats.

The fourth chapter (“Invest”), addresses the issue of joint investment in military capabilities, recalling that the EU has new tools to promote them, but that it is important now to spend more and better. The Member States’ military planning should become more efficient and be coordinated at EU level.

The last chapter (“Partner”) deals with the EU’s strategic partnerships with NATO and the United Nations, but also between the EU and other regional organisations and at a tailored bilateral level.

The conclusion encounters reality by intending to convene an EU security and defence review conference every two years.

The Strategic Compass is a realistic approach to European security and defence highlighting the solidarity as it is listed in Article 42(7) of the Lisbon Treaty. Its force is to be ambitious and open to responding to further developments in the world concerning Europe.

I am satisfied that the expression “European army”, this chimera, doesn’t appear in the paper and thus cannot block future solutions.

For the moment, the criminal invasion of Russia into Ukraine is forging Member States together. They will hopefully keep on closing the ranks when Europe must continue taking care of Ukrainian refugees and help to reconstruct Ukraine, that has to be protected by treaties and security guarantees. The access to the European Union will not only be a helpful tool for economic stabilisation of the country but might also be a psychologic support for the population and incite refugees to return to their country.