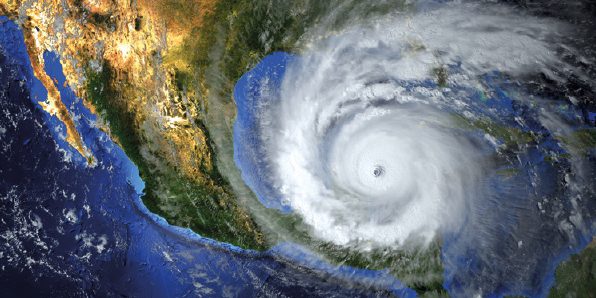 The last year has created ample evidence showing that the impacts of climate change and climate-related threats are in line with, or exceeding, projections of global physical change. Climate change has created consequences for threats that can no longer be contained by borders; an increasingly destabilized climate has moved beyond being just an environmental threat and now also poses dire economic and security challenges that infiltrate an already-fragile system. Globalization, with its increased interconnectivity and interdependence between human systems, has led to enormous volatility and increased competition within energy and resource distributions. Additionally, such disruptions have ­altered the underlying fabric of how communities and cultures exist and cooperate, with global changes posing economic and security risks in the local context.

Earth observation (EO) by way of satellites and drones has been a core threat-mitigation strategy, by collecting crucial data about climate change for the benefit of national security with a focus on three types of climate change impacts. Since being able to measure threats is vital to being able to reduce them, the ability to collect imagery and non-visual data to monitor these global changes has in turn led to a global commitment and response to slow down and even reverse the current climate trajectory. Primary climate effects include long-term changes that are easily observable over time and include phenomena such as melting glaciers, sea levels rising and desertification. Secondary effects largely focus on a) a global increase in natural disasters, both in count and severity and b) a reduction or change in available natural resources in a given geographic location. Tertiary effects of climate change are more difficult to measure through EO technologies, although satellites do play a vital role. In this instance, third level effects of resource insecurities and natural disasters are largely intertwined with the downstream effects of socio-economic and geopolitical stresses, which can inevitably lead to long-duration human and as such national security disasters.

To date, technological disruption has existed at the heart of the contemporary climate security mitigation strategy. A multiple-factor decrease in the cost to launch satellites to space via novel rocket launching startup capabilities such as with SpaceX and Rocket Lab has incentivized a wave of private sector actors to enter the satellite and EO space, increasing data availability and reducing the price of such data. With over 230 satellite startups in 20211, the race to model our changing Earth has become fiercely competitive, with 2020 investments in space startups topping $12.1 bn2. With the private space sector’s revenue forecast to grow by 30%3 in the coming years, space-enabled climate and security risk detection and monitoring is reaching commoditization as the technology and data enters the mainstream.
Whereas the space domain is predominantly thought of as an offensive capability at the disposal of space-faring governments, the space sector must now be utilized as a core tool of national security defense against long-term tertiary effects of climate change. The private sector has shown an increasingly important role in this strategy by demonstrating that it can cut not only the cost of innovation in defensive EO capabilities, but more crucially that it can cut the time to innovate. The changing climate, which is a rapidly evolving and exponential risk, needs to be addressed by time-optimizing iterations of experimental technologies through which multiple governments have access. Similarly, by engaging the private sector, governments can leverage global national cooperation instead of competition to progress towards a global framework and goal.
However, disruptive technology alone cannot solve a problem that is so complex in nature. As satellite imagery proliferates national and global security programs, it must be recognized that generating this satellite data through the private sector is a low hanging fruit amongst the backdrop of a globally challenging context; financial and other incentives to create and propagate the technology across private and public sectors have previously aligned in a way that has enabled the disruption to date, and that may not continue.
An international earth observation strategy to reduce risks of climate change and security must move beyond using the private sector to create satellite imagery in isolation to enabling a private sector to create a digital-first, end-to-end solution driven by data at its core.
The next wave of radical innovation that needs to disrupt to eventually further the climate-security nexus is that of “last-mile delivery” (LMD) of satellite observation systems. This LMD needs to build and eventually commercialize the infrastructure that can take existing technological capabilities and move from “insights” to “application” in the geographies which are experiencing the most instability and which pose the highest security threats- the emerging markets of Africa and Asia.

Far from the low-hanging fruit of technological innovation, the private and public sectors must now work together in an environment where it is not clear that interests and incentives are aligned. As such, the LMD of the climate-security framework can only be created with imaginative and bold, new business models that are currently nascent at best. This means moving from a “science push” environment where existing technology such as satellite imagery and data is pushed from the top-down to individuals and organizations who need it on the ground, to a “use-case pull” environment whereby the private sector and non-governmental organizations work together to understand the needs of the communities, to provide ­bottoms-up solutions around those specific needs.
The new focus of the government, when considering global security frameworks, needs to be on creating innovative ways to incentivize the private sector, whose business models do not optimize for “use-case pull”, to allow for rapid iterations to get to solutions in emerging markets – the same markets which are most severely disrupted by climate-induced risks. By reducing the cost of satellite imagery and data, by enabling data sharing and structuring the emerging-market governments to invest in weather and climate infrastructure, the governments, non-governmental organizations and private sector acting in tandem can enable a system change that benefits the confluence of multiple stakeholders. It is diplomacy, not technology, that must be disrupted next.
By aligning the interests of the economic buyers of satellite data with the organizations that use the data – since the two are usually not the same in geographies of high climate risks – the technology and as such the climate-security frameworks can mitigate threats at the global, instead of national, level. The interconnected and interdependent nature of our globa­lized threats demands that our space-enabled frameworks exist within an end-to-end solution, not in isolated data silos. This level of disruption will require long-term government and private sector cooperation across industries and geographies, with the goal of diminishing risk in not only the local, but global, context.

“The changing climate, which is a rapidly evolving and exponential risk, needs to be addressed by time-optimizing iterations of experimental technologies.”

Sinéad O’Sullivan
is a Senior Fellow at MIT’s Schwarzman College of Computing and MIT Sloan, and a Fellow at the US Center for Climate and Security. Formerly a Sainsbury Management Fellow at Harvard Business School, her work focuses on the intersection of technology, geopolitics and complexity science.